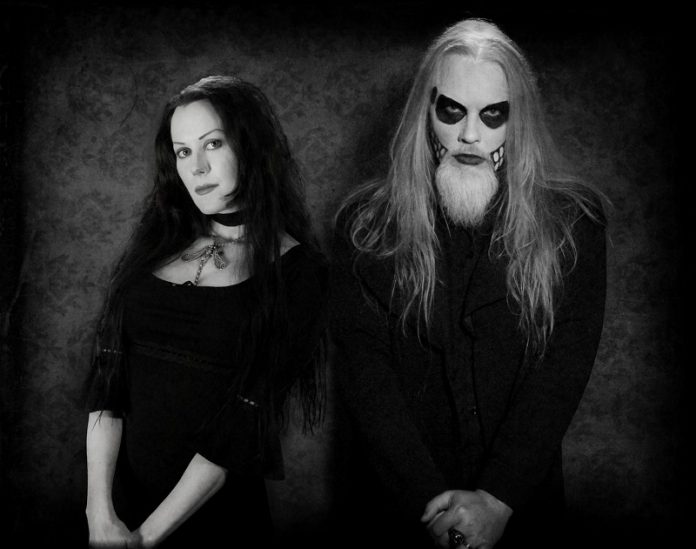 “This album is certainly the darkest album I’ve ever recorded”, states BLOODY HAMMERS mastermind Anders Manga, who stays on the dark path to the nether world and opens the seven gates with Lovely Sort Of Death. Lovely Sort of Death will be released this Friday via Napalm Records.  Before it hits the stores however, BLOODY HAMMERS has partnered up withNoisey for an exclusive stream of the entire new album.  Listen to it HERE!  And if you haven’t yet, pick up your copy of the album HERE.

The NSFW video for “Bloodletting on the Kiss” can be viewed HERE.  The video for the track “The Reaper Comes” can be seenHERE.  A new video for the song “Lights Come Alive” will be premiering later this week.

BLOODY HAMMERS are a duo who hail from the mountains of Transylvania County, NC. The project and first self-titled release was originally formed as a studio only project with vocalist/songwriter, Anders Manga producing and recording all instruments

For the first time he added thick Moog sounds along with his normal fuzzed-out guitar, with more atmospheric keys provided by Devallia. They emerged from the winter with Lovely Sort of Death, their darkest album yet.

Previous article
Great Are The Sales
Next article
Yes They Kaan