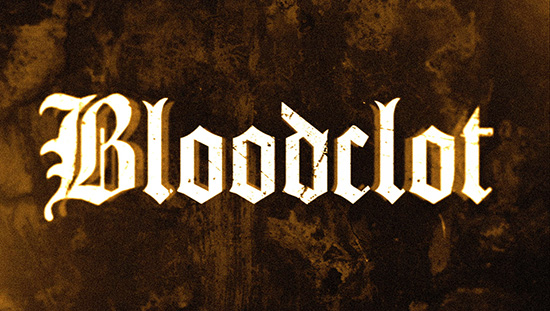 John Joseph (vocals) comments: “‘Up in Arms’ is a call to arms for the people of America and across the globe who are sick of the lies, death and destruction of innocent people being caused by the military industrial complex who run governments and propagate unjust wars in order to fill the bank accounts of corrupt businessmen.”

Todd Youth (guitars) adds: “If you take a look at what is going on right now in the world, corrupt politicians, war, famine, destruction of the planet by the animal agriculture industry – things have got to change before it’s too late. Musically I wanted to write something that gave me the feeling I had the first time that I heard Discharge, Motorhead or the Bad Brains – a relentless wall of sound that makes you think!!”

As previously announced, BLOODCLOT plans to release their upcoming full-length, ‘Up In Arms‘, in spring 2017 via Metal Blade Records. Southern California fans have a chance to hear this new material early on December 17th at “The Power of the Riff” festival, where the group will be performing together for the first time, alongside Wolves in the Throne Room, Incantation,Pelican, and more. For more information about the event, please visit: thepoweroftheriff.com

At its purest, there is little that can match the visceral thrill and empowering spirit of hardcore. As front-man of New York City hardcore kings Cro-Mags, this is something John Joseph knows very well, and with ‘Up In Arms‘, he and his BLOODCLOT compatriots deliver a furious collection that hits hard on every level. Stay tuned for more news about BLOODCLOT and ‘Up In Arms‘ coming soon!