BLOOD OF YOUR ALLIES 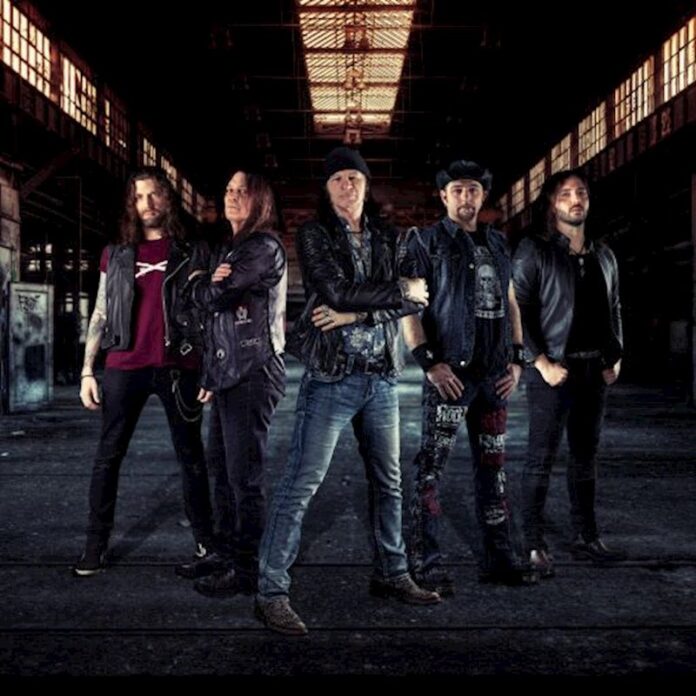 Check out the video here: https://www.youtube.com/watch?v=lvdaDVRyaK4

Sometimes, there are constellations where you just know immediately: This is hitting the nail on the head. The perfect match. Like Frank and Reece, esteemed rock and metal titans who both once played with Accept, and who just joined forces in IRON ALLIES.

It`s the perfect blend of powerful song-writing and eloquent content that sets their first album Blood In Blood Out apart, from first to last note. Not to mention all these years of experience, impeccable and inspiring artistic skills, and a personal environment that fully lives up to the descriptive band name. With drummer Francesco Jovino, bassist Malte Burkert and rhythm guitarist Mike Pesin, Herman and David have gathered like-minded, exceptionally talented forces around them.

Following the previously released, first single and video for heavy metal anthem, “Full Of Suprises”, now IRON ALLIES have unleashed the album title track of their upcoming, blistering debut! Says Reece: “Blood In Blood out is about the commitment to rocknroll, it’s in all of our DNA once bitten your hooked. Herman wrote the crushing riff and the lyrics say it all about each and everyone of us.”

“After receiving a message a few months back from Herman Frank if I’d be interested in writing together, I immediately jumped at the opportunity after hearing some of his trademark riffs.” Reece continues. “I’ve always loved Herman Frank and his style of writing and playing and I really believe we’ve created something special together with our new album Blood In Blood Out. Our rhythm section is also amazing including Malte Frederik Burkert on bass, Francesco Jovino on drums and Mike Pesin on Rythym guitar. To be clear this is not just a project this is a full group and Herman and I feel we’ve got many years of creating and playing live shows together. The music is metal but with melody, great riffs and grooves and from a lyrical perspective there are many songs where there’s something for everyone to identify with. I look forward to touring and seeing all the fans in the near future!”

Blood In Blood Out was recorded at renowned Horus Sound Studio in Hanover with co-producer Arne Neurand, and was mixed and mastered by Dennis Ward. Set to be released on October 21, 2022 via AFM Records, the album pre-sale is available at THIS LOCATION!