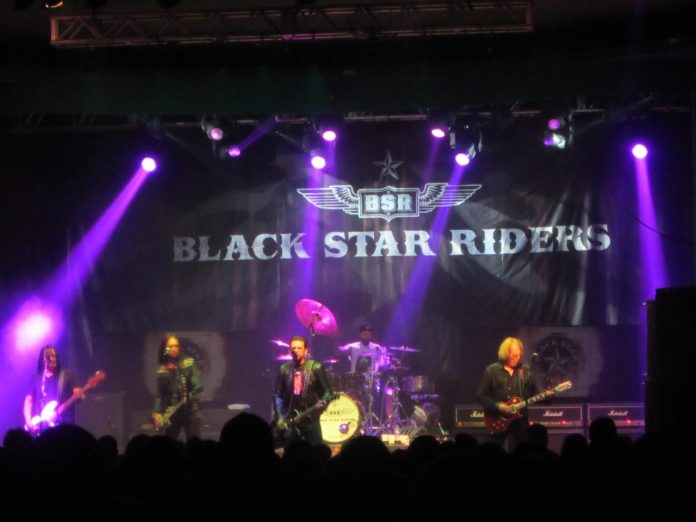 The best value tour of the autumn kicks off in Wolves 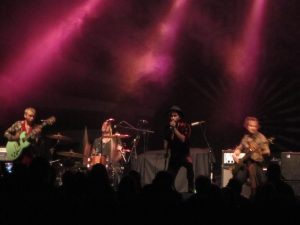 London’s Dirty Thrills are used to playing live, and they are used to being on big stages, but there’s something about them here that says they know they need to make the most of this chance of all the opportunities. This really does feel like a new start too. New album “Heavy Living” hasn’t been out long and “I’ll Be With You”, just like it does on that record kicks things off, and its swirling melodies give singer Louis James the chance to showcase his formidable roar. DT are bound to get compared to Rival Sons, and songs like “Law Man” show aptly why no one here is too bothered about that. A ridiculously early start time (a packed bill like this has its downside) doesn’t help them in their quest to get an atmosphere going, but “The Brave” proves they have the talent to climb higher up these bills in the future. 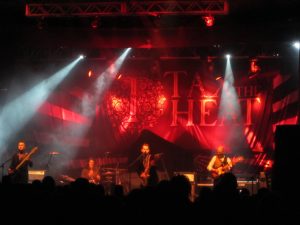 That is surely the aim of Tax The Heat too. They’ve paid their dues longer than most bands on the circuit (also opening for the headliners tonight a couple of years ago in this very room) and now the Wiltshire four piece are ready. They play a couple of new songs here including the single “Money In The Bank” and on first listen it does seem to have a little more of a stomping glam rock sheen. The ones that they’ve been playing for a while are as polished as ever “Stood On The Platform To Leave” and “Learn To Drown (You’re Wrong)” are highlights – as is “Animals” which they play early on. It is meant as a compliment to say there is nothing remotely rock star about TTH, and they will do it on their own terms. As if to exemplify this, they end with a new song. It might be called “Change Your Position”, certainly singer Alex Veale repeats that refrain, and yet oddly the position with Tax The Heat is clear. They have enough crossover potential to be one song away from leaving the support slots behind.

It is strange to see Blues Pills playing a 45-minute show. Genuine headliners in their own right now, they are here with a live album of their own out and “Lady In Gold” is a strident introduction. A band with a soulful, psychedelic side, “Little Boy Preacher” is a perfect example of how good they are on top form. “Black Smoke” heads off down a more bluesy path and BP are as ever a 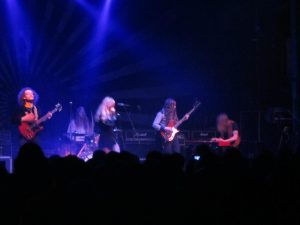 band that you’d guess, wish it was the late 1960s and they could be a jam band to their heart’s content. “High Class Woman” sees singer Elin Larsson come into her own. The band do seem a little restrained by their standards here and really it is only when they let loose on Jefferson Airplane’s “Somebody To Love” that the shackles seem to truly come off. They end with “Devil Man” from their debut album and remind everyone of their skills, and also give a timely reminder of just how much depth they have when they can stretch out a little longer.

As ever, it is Ricky Warwick who hits the nail on the head. He doesn’t say a lot here – it is a breakneck show of 90 minutes which packs in 20 songs – but towards the end he says this: “we put an album out this year and it got to number six in the charts. That’s thanks to you coming to the shows and buying the records for five years.”

And although it might ordinarily be trite to say it, it is true with Black Star Riders. They are the rock band of the people. 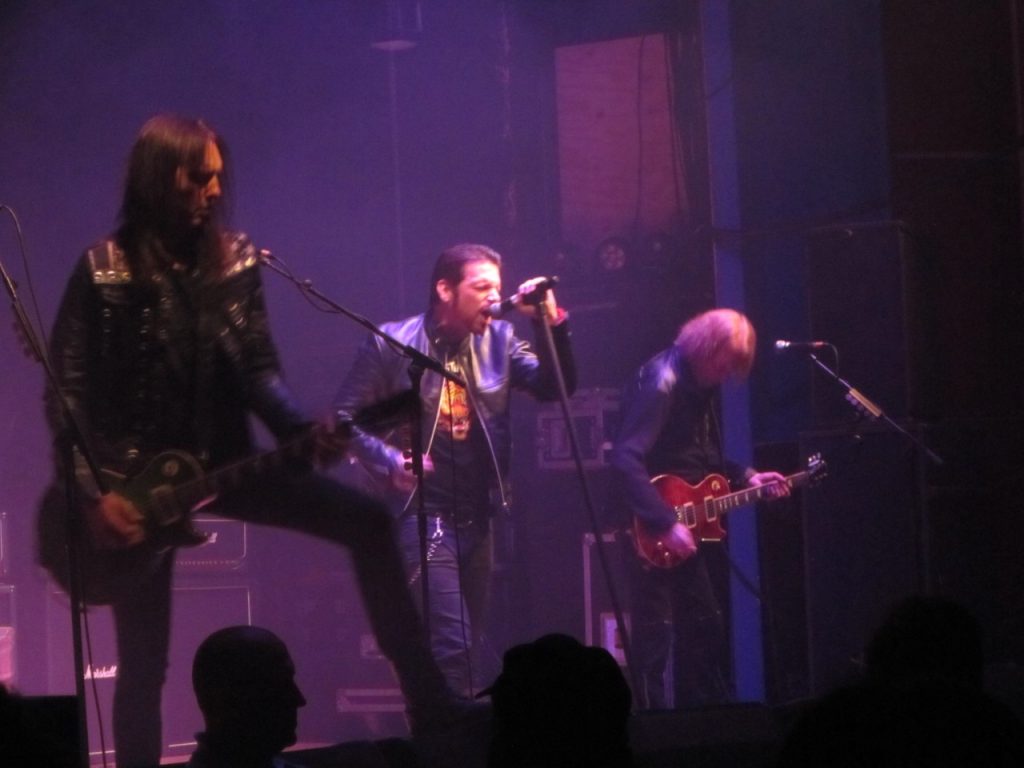 That album Warwick was referring to was “Heavy Fire” – the groups third – and it forms the backbone of the set. The title track follows “All Hell Breaks Loose”, the very first song on their very first album, and the glorious “Finest Hour” and if “Testify Or Say Goodbye” might have a hint of their past, then it is also entirely true to say that there are probably people here who don’t know they sprang out of the last line up of Thin Lizzy and instead they are just here because Black Star Riders are simply the best hard rock band around right now (and we could add that brilliant hard rock needs to sound a little bit like Thin Lizzy to actually be brilliant hard rock in the first place).

There is barely a pause for breath, just song after song fired at you. Damon Johnson and Scott Gorham are surely the premier set of guitar twins there are, Robbie Crane and newboy Chad Szeliga on drums provide a fine bedrock and Warwick is – as we’ve said before – born to do this job.

All of which means “Soldierstown”, “Before The War” and whichever else you want to pick out are superior to anyone else. And that’s before “Jailbreak”, although to be honest, the original BSR songs belong in that company and “The Killer Instinct” proves that, while the bluesy, weather worn “Blindsided” is a change of pace.

Being a band of the people and all that means that you don’t encore. Instead, you let your drummer play a solo and then change gear effortlessly. “Kingdom Of The Lost” palpably ramps things up, “Bound For Glory” remains hands down the best song of the last ten years and then….

Well, and then comes “Whiskey In The Jar” and, frankly, if you could play one of the best songs of all time like this, you would end with it too.

So yet again, Black Star Riders take care of business. Unquestionably the hardest working band around. Tours like this and years like they’ve had in 2017 are their reward.