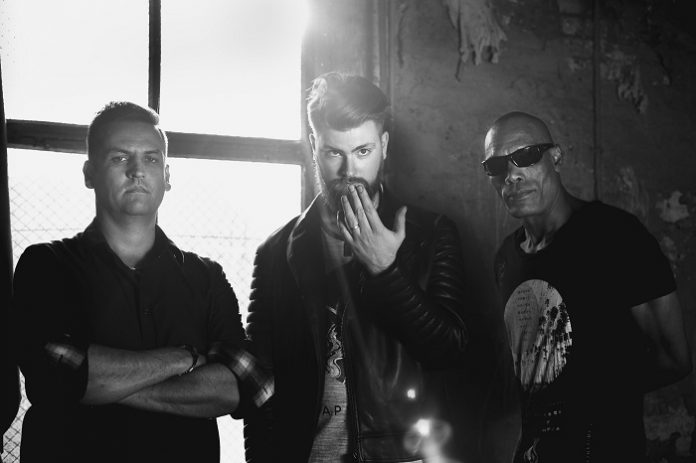 London trio with their debut single

Exceptionally driven and unquestionably talented, BOE have performed alongside heavyweights such as Biffy Clyro, Skunk Anansie, Feeder and Editors and are thriving in the resurgent British rock scene.

“In the beginning we just hurled riffs around in a sweaty rehearsal space, making music that we loved simply for the joy of making it. It was such a raw, heartfelt process, and it spawned so much music that has become incredibly precious to us.

We poured everything into refining and shaping those first ideas until they evolved into the songs we have now. Survival of the fittest riff. This became our core ethos – to make music that we would obsess over if we were fans of the band. That’s all we do.

Our first single ‘Come In’ is the gateway drug to BOE – it has an evocative lyrical message, hook-laden melodies, killer riffs and intricate time-signature stuff but mostly it’s just about saying ‘this is what we love to do’. This song defines us.” – Vocalist Paul Visser

Winners of Emergenza UK, the band includes previous members of highly-acclaimed groups Queen Adreena and Cape Fear, and is poised to be one of the breakthrough acts of the year.

Watch out for the official music video for ‘Come In’ and forthcoming full-length debut album.

The band will be celebrating the single release with a special free show and launch party at London’s Borderline on the 2nd of March.  Details below: