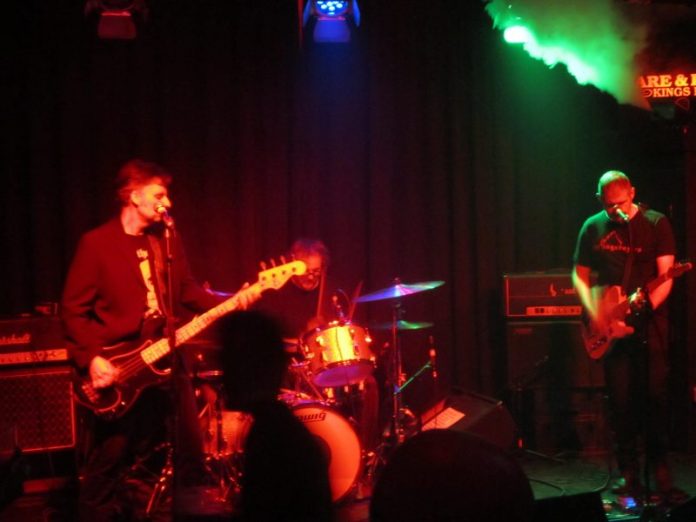 The main support tonight are The Dregs. An unashamed, no nonsense punk quartet, from the Northeast part of Birmingham. The band is made up of Steve (drums), Potty (guitar), Lee (bass) and Mac (vocals).

The guys have been together, off and on, for over thirty years. As the pa system fades out The Ruts “Staring at the Rude Boys” Mac shouts “were The Dregs from Birmingham and it`s straight into “I Don’t Know” a garage rock / punk tune with almost exasperated lyrics about life. “Spoils of War” quickly follows before “Cryin Out Loud” a straight forward old style 2-3-4 punk belter. I`ve seen the band a few times now and what I like is that they are what punk bands originally stood for, with lyrics that address environmental, political and social issues. A case in point with “Run By Loons” and the chorus of `the Earth dies screaming` and Mac mentioning President Trump in the introduction.

“When We Were Young”, “Sharpeville”, “Your My Man” and “Love and Hate (Insanity)” are shared with “In Our Hands” quickly following. The final tune “All I Want” is a nice piece of social commentary, a good anthem with the chorus of `All I wanted was to be free`

A short but entertaining set. 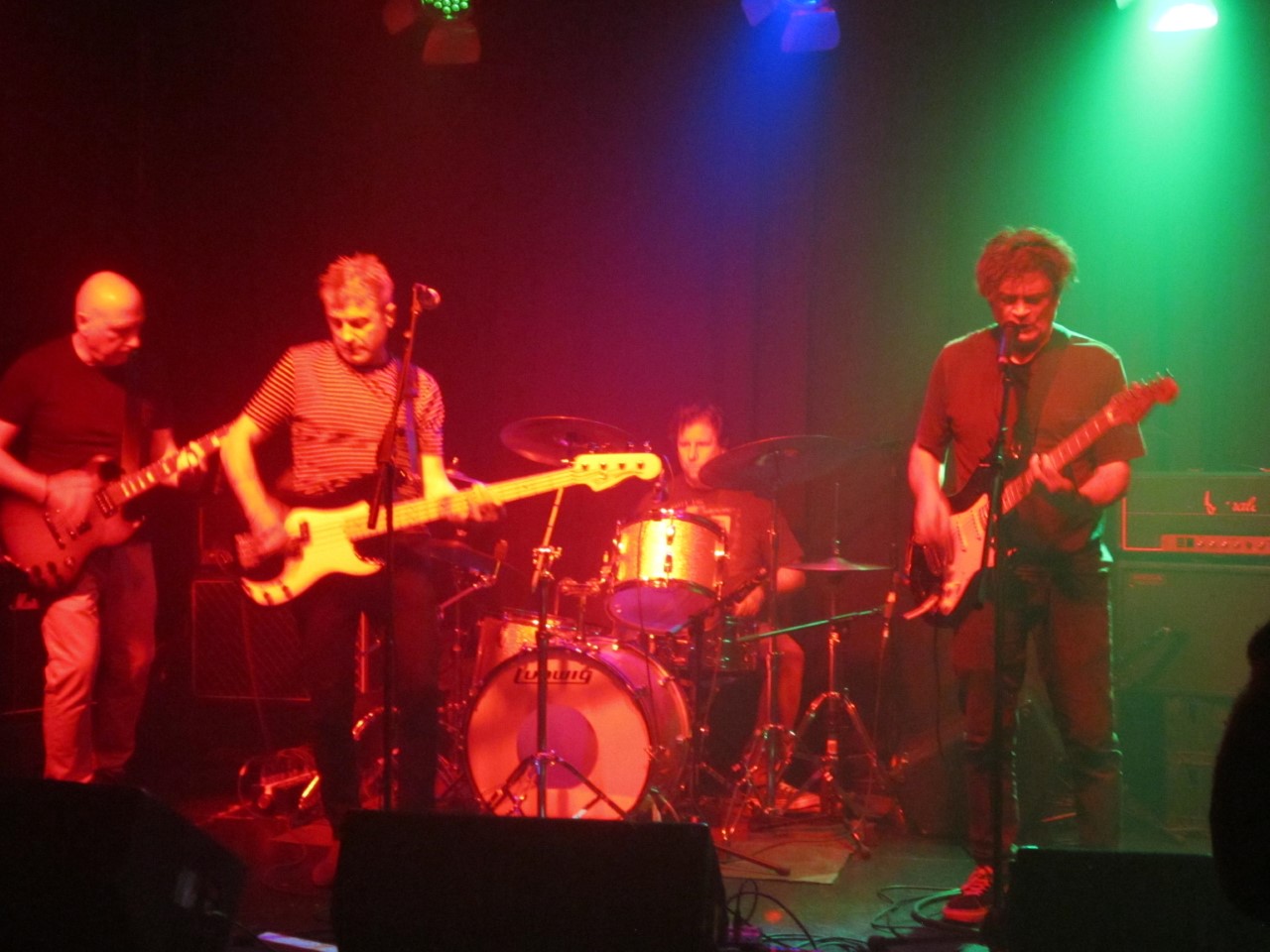 Onto the headliners tonight and it`s Birmingham`s Post Punk / Garage Rock Trio The Black Bombers with Alan Byron (guitar and vocals), Darren Birch (bass guitar) and Dave Twist (drums). I`m sure that no introductions are needed locally, but for those that aren`t aware these guys certainly have pedigree. They can boast a founder member of notorious Birmingham sleaze-rockers Gunfire Dance and a former member of seminal punk/post-punk band The Prefects. A member also serves in Heartbreaker Walter Lure’s touring band and has played alongside Dave Kusworth of The Jacobites. A member of the legendary rock/new wave Godfathers. Two of the boys are also members of Birmingham’s long established, George Romero / Ennio Morricone influenced, Horse Feathers.

The Peter Gunn intro fades and away we go with “Day after Day”, quickly followed by the wonderful “Break It Down”, “Relentless” and then “C`mon Over” a real rock n roll sleazy tune, almost hypnotic at times. “That Kind”, a cracking garage rock smash up is next before “Rush” and then a superb cover of ex Pink Fairies and early Motorhead member Larry Wallis`s 1977 release “Police Car.”

The guys finish this frantic set with a couple of tracks from their self-titled album with the rockabilly tinged “Crazy” and the grimy rock n roll ”Early Warning.”

The fellas are called back up for an encore and play a storming version of another album track the wonderful “Whiplash”, a song that always reminds me of the band the Damned.

What can you say another stormer of a night and two bands that deserved a bigger audience but nevertheless seem to relish the vibe from this enthusiastic crowd.

From those of us who were there, we salute you.