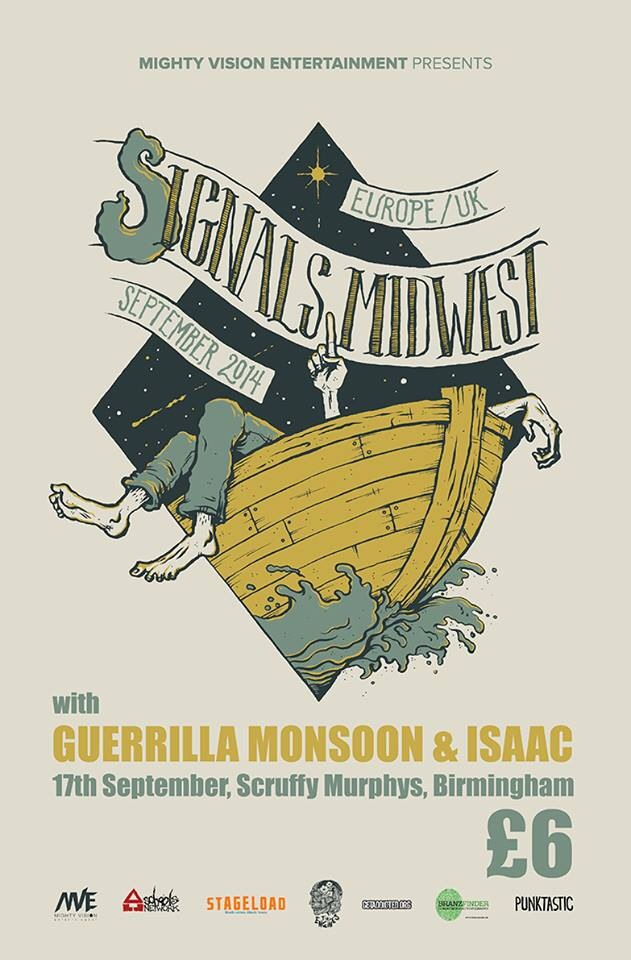 Weather warnings out as punk hits Scruffy Murphy’s next Wednesday

Birmingham four piece, Guerrilla Monsoon, are to rock Birmingham next week as part of their UK tour.

The band, who are currently streaming their new single on Kerrang!’s website, are playing Scruffy Murphy’s in Birmingham next Wednesday with US punk troupe Signals Midwest.

The band are superb live as we saw last night first hand: check out the review here. We will be reviewing the Scruffys Gig too.

The tour is in support of their new eight track 10 inch record, “Big City Plans” which is out next month – look out for a review on Maximum Volume Music next week.

If you can’t make the Scuffy’s show then catch Guerrilla Monsoon up and down the country elsewhere this autumn.