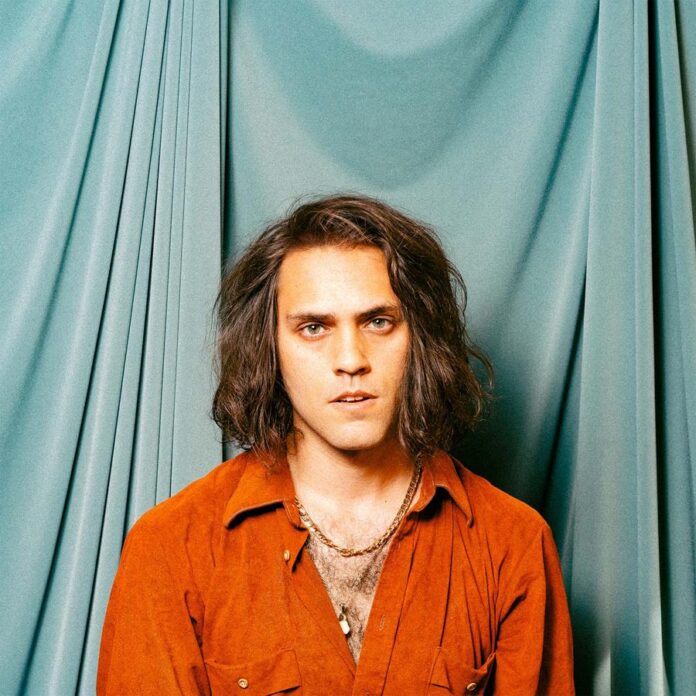 If the start of the breakthrough for Bambara was the radically reimagined sound of 2018’s Shadow On Everything (dubbed by NPR a “western gothic opus”), then the moment it truly arrived was on the cinematically riotous noir-punk of 2020’s Stray. In the UK, buoyed by the enthusiasm of DJ Steve Lamacq (who called the band, “one of his favourite discoveries of the year”), the band rose sharply, with significant press support and an A-listing at Lamacq’s 6Music, immediately selling out shows across the country.

Meanwhile, back in their native US, KEXP’s John Richards echoed the same sentiment. Things were set. In fact, tickets had just gone on sale for their biggest show to date, a 1500 cap headliner at London’s Electric Ballroom.

Then… well, then same as for everyone. Shutdown, lockdown, hibernation, nothing. It was a hammer blow. But rather than rue their misfortune, the band desperately tried to turn it into a positive, immediately moving to try to make more, and – they were determined – better, music.

The result is Love on My Mind – a six song mini-album, mixed by Claudius Mittendorfer. Following last year’s “Mythic Love” that featured Bria Salmena (Orville Peck/Frigs) and Drew Citron (Public Practice), the band return today with the dramatic “Birds”, the second single released from this new collection and one that lends its last lyric, “love on my mind”, to the title of its parent record.

Another masterclass in gloomy dynamism, “Birds” move between a minimal, bass-driven verse into an expansive, atmospheric chorus that further drives home the band’s distinct way with narrative and the contrast between dark and light. While their last album Stray mostly ruminated on death, Love on My Mind further tackles the motives of the heart, only with the creeping feeling that our sense of mortality is never too far from being questioned in the process.

Bambara’s Reid Bateh had the following to say about “Birds”:

“Birds” compresses the events of many months into three and a half minutes. A time when the couple we follow throughout the record are growing closer together. On the train, they fall in and out of sleep, reliving shared moments, when a childhood memory bubbles up to the surface of the protagonist’s mind, revealing his complex relationship to the idea of love.”

The completion of the mini-album was not without its challenges. With the band’s core (twin brothers Reid and Blaze Bateh, the singer and drummer, and childhood friend William Brookshire, bass) scattered across the US, they remotely pieced together an EP but as soon as it was finished, they scrapped it. In their words, it felt “dishonest”. They were striving for something new and they hadn’t hit the mark. They realized they needed to change approach so at that point they decided to reconvene in New York. Finally, things started to take shape.

By now, they had a better idea of where they wanted to head. They knew they wanted to include a couple of duets and enlisted the vocals of Bria Salmena (Orville Peck/Frigs) and Drew Citron (Public Practice). They also wanted to expand their sound palette so turned to Jason Disu and Jeff Tobias (Sunwatchers) to add trombone and saxophone respectively. They recorded again, utilizing all these new elements, sampling their recordings as they went along, in the process manipulating the sounds across the release. The final result is something astonishing.

Opening track, “Slither in the Rain,” all hissing high-hat and spectral synth-lines, is a true statement of intent. It’s minimal and atmospheric, foregrounding Bateh’s raw vocals as he introduces one of Love on My Mind’s main characters, years after the events of the album are over, a lonely man who throws bottles at airplanes and dances a two-step in the pattern of a figure-8. While Bateh has always been adept at character sketches, here we are introduced to a newfound vulnerability that runs true through the entire album and causes the songs to hit on a more human level. It’s a change he readily acknowledges.

“The lyrics for Love on My Mind are a little more personal,” he admits, “and definitely more vulnerable and human. There’s more of a focus on realism. I think part of that was because I’d become zoned in on photography during lockdown. Being in NYC without being able to actually experience it made me search for representations of the way it feels to be running around in the city. And I found that in photographs. Mainly, Ballad of Sexual Dependency by Nan Goldin. This also influenced the decision to make one of the characters in the story a photographer, presenting pieces of the story through her snapshots.”

That’s something that makes sense of a track like “Point and Shoot” – in which each stanza describes the louche, lawless scenes of “rooftop girls / standing shoulder-to-shoulder, naked figures with their hips / cocked,” busted up jaws, and couches full of burn-holes captured by the snapshots of Love on My Mind’s female lead – displays an autobiographical intimacy that is not as apparent in Bambara’s previous releases. There’s also a newfound tenderness here that hasn’t always been present before – especially on “Birds”, a rare love song (from which the mini-LP’s title is derived) and album closer “Little Wars” a gripping finale of loneliness and isolation.

It’s important to note though that in the refiguring of their sonic and lyrical sensibilities, Bambara haven’t lost the thrill of what attracted so many people to them in the first place. It’s just here the wild, kinetic energy is channeled like never before. Put simply, often the release just rampages. “Mythic Love” (featuring vocals from Bria Salmena), with its driving bassline and ricocheting guitar lines,  brings to mind past rave-ups like “Serafina” and “Sunbleached Skulls” but obliterates them in the process, while “Feelin’ Like a Funeral” – a dangerously oscillating tale of a city knifing – is probably the most thrillingly anthemic song the band have ever recorded.

It all just contributes to the picture of something truly special. Love on My Mind is another massive step forward for Bambara, the boldest thing they’ve ever done and the sound of yet another breakthrough. This time though, absolutely nothing’s going to stop them following through on it.

“Love On My Mind” will be released on Wharf Cat on February 25th.

It is available for preorder here.