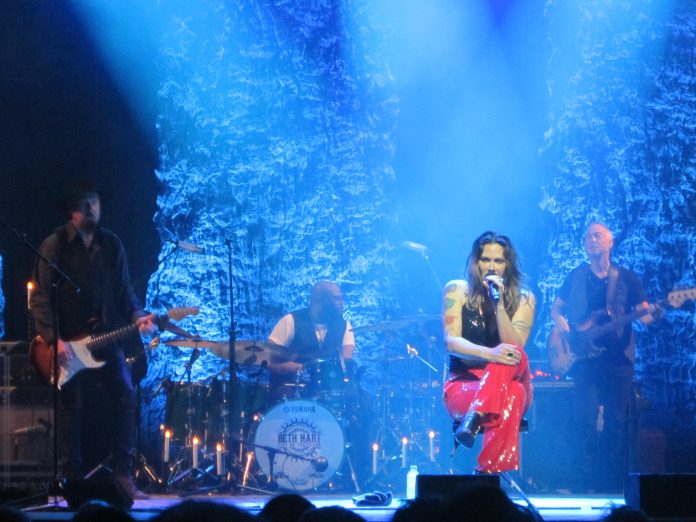 Despite the best efforts of Storm Ciara, there weren`t too many empty seats when Kris Barras and his partner in crime Josiah J Manning took to the stage for a short but thoroughly enjoyable acoustic run through of songs from across his three albums “Lucky 13”, “The Divine And Dirty” and “Light It Up”     The boys kicked off with `Heart On Your Sleeve` before Kris asked if we are surprised that he had managed to get on stage in Birmingham at 7.30pm after finishing his show on Planet Rock at 7.00pm that evening. They guys share the latest single `What You Get` a song that he says was originally planned as an acoustic track. We are informed as to why the talented Josiah has one boot on and one boot off, as not only playing guitar he has to work a drum and a bass part with either foot. The intense `Rain`, thumping `Vegas Son` and my favourite the wonderful `Hail Mary` close the show out with an interesting cover of the Allman Brothers Band classic `Midnight Rider` also thrown in. This was a cracking taste of what Kris and his band do and I was delighted as I’d never caught his acoustic performance before, only his full-on blistering electric assault. The Kris Barras Band profile is on the up and up and I’d encourage you to get to see them, if you possibly can and also if you can get a ticket. 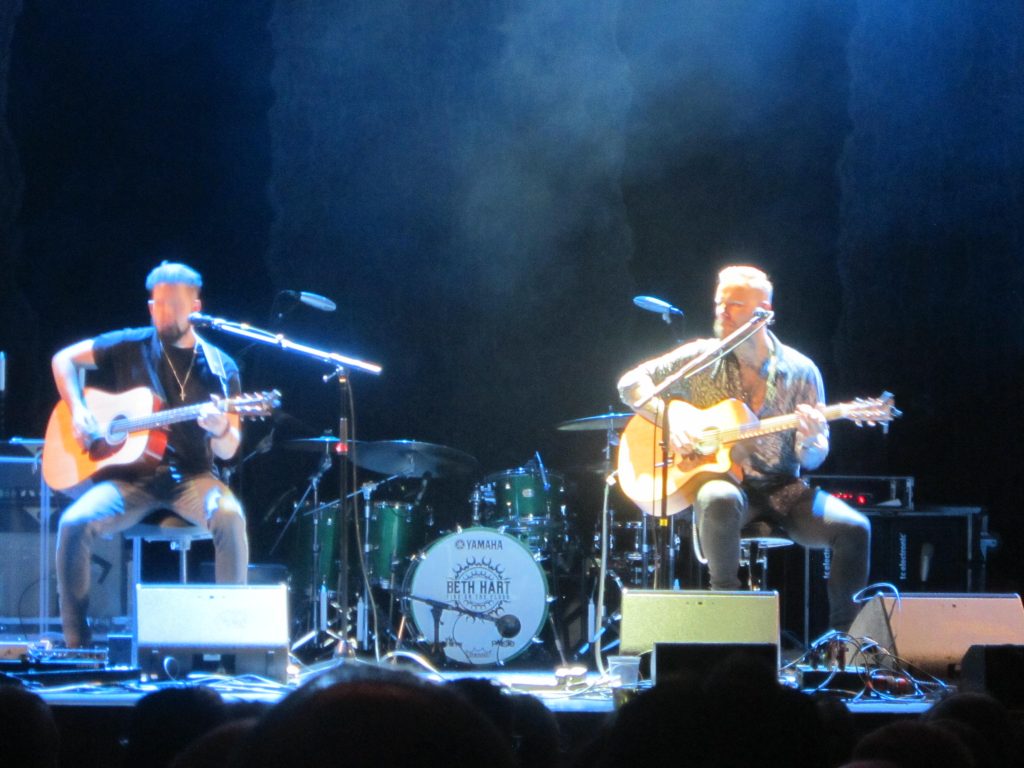 Beth Hart is a Grammy nominated singer-songwriter, who I’m sure needs little introduction. She has collaborated with Slash, Buddy Guy, rapper Born, Joe Bonamassa and has toured with legendary blues rock guitarist Jeff Beck. She released a new album in the later part of last year `War In My Mind` which was probably her most personal yet. When asked about this offering, Beth related “On this album, I’m even closer to vulnerability and openness about my life, about love, addiction, my bipolar, my dad, my sister…” Well, during this nigh on two-hour set Beth shared all of this and more.

It`s hard to describe but tonight`s show was much more than that, it was like visiting an old friend who has come through some really difficult times and is just so excited to relate the bad times and enthuse as to the wonderful place they re in today. Beth`s sister Susan and her niece are in the audience, which adds a more personal edge to the show as some of the song’s tonight were written for her. Indeed, third song in and Beth is in amongst the audience singing and hugging people as she finds her sister and niece and embraces them.

Beth is a real powerhouse and she belts out her songs sitting on a stool, at the piano and wandering around the stage. There are real tear jerking ballads such as ` I`ll Take Care Of You`, `Your Heart Is As Black As Night` a song written by Melody Gardot and usually played as a duo with Joe Bonamassa and the title track off last year`s album, `War In My Mind` which probes the addiction-troubled years when Beth felt she couldn’t go on. A really emotive song but a difficult listen due to the honesty being laid bare. We get upbeat songs with the wonderful `Bad Woman Blues`, `Baby Shot Me Down`, `Bottle Of Jesus`, `Put My Foot Down` and `Monkey Back (Give Me My Money Back)` in which the enthusiastic audience repeat Beth`s shouts of “Hey You`s” and “Motherfuckers”

Beth takes to the piano and shares the heart breaking `Sister Heroine`, a tribute to her sister Sharon, who died of heroin abuse, `Rub Me For Luck` which when I first heard it thought it`d be a wonderful James Bond theme, `Isolation` a song written almost prophetically about a psycho ward prior to Beth`s actual sectioning and `Spiders In My Bed` about delirium tremens from alcohol withdrawal.

But to me the most telling part of the night was when the singer broke down in floods of tears during a rendition of `Sister Dear` and asked for her sister Susan to join her on stage, which she did and the song was restarted and completed with the recipient of the song sitting next to the person who penned it. I would defy anybody who would not be moved by this unexpected but thoroughly poignant occurrence.

The show moves on with a song dedicated to husband Scott Guetzkow with `I Need A Hero` before concluding with `Spanish Lullabies` and a stunning version of the Etta James classic `I`d Rather Go Blind.` Beth and her superb band Jon Nichols (guitar), Tom Lilly (bass) and Bill Ransom (drums) are called back for a deserved encore and share a mesmerising version of `Without Words In The Way.`

There was so much to admire with this evening`s performance. This is an artist addressing their past, in a really open and honest way, very liberating, cleansing and cathartic. Beth Hart has a stunning voice and exceptional vocal range and the slow burn, sorrowful offerings here tonight were incomparable. At times this lady was vulnerable, emotive, seductive, breath taking but thoroughly captivating and compelling. She undeniably wears her heart on her sleeve. Long may she continue to do so.