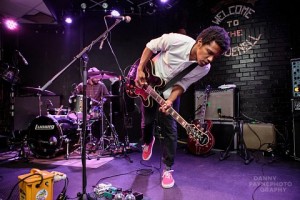 Catch Benjamin and the band on tour this spring everywhere from Australia to Europe to Japan to clubs and festivals across the United States. Check out the dates below, and head to the website for tickets and more information.
February 12 – Osaka, Japan – Shangri-la

March 06 – Zeewolde, Netherlands – Where The Wild Things Are