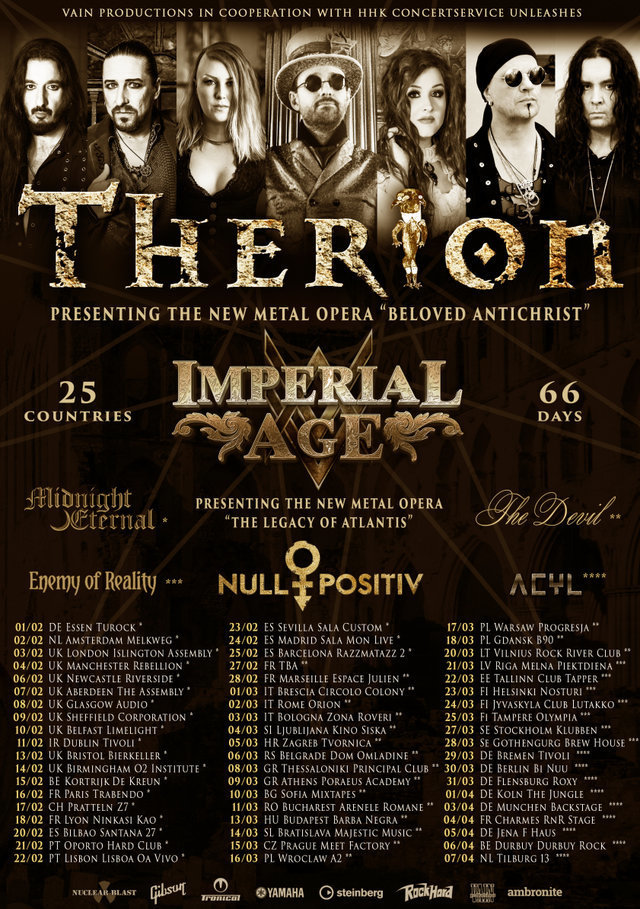 For 15 years THERION’s leader, Christofer Johnsson, was haunted by the desire to compose an opera and turn his vision of the opus Beloved Antichrist into a reality

After a long period of time involving much commitment, dedication and passion, the project – which includes over three hours of playing time and 27 different vocal roles – was completed and will finally be released on February 9, 2018.

Today the band unveils their first single, the impressive chapter ‘Temple Of New Jerusalem’ from the second act of the opera. Watch the lyric video here:

Pre-order Beloved Antichrist in a variety of formats, here:  http://nuclearblast.com/therion-belovedantichrist​

Previous article
Deep Visions
Next article
A Fest Of In Flames