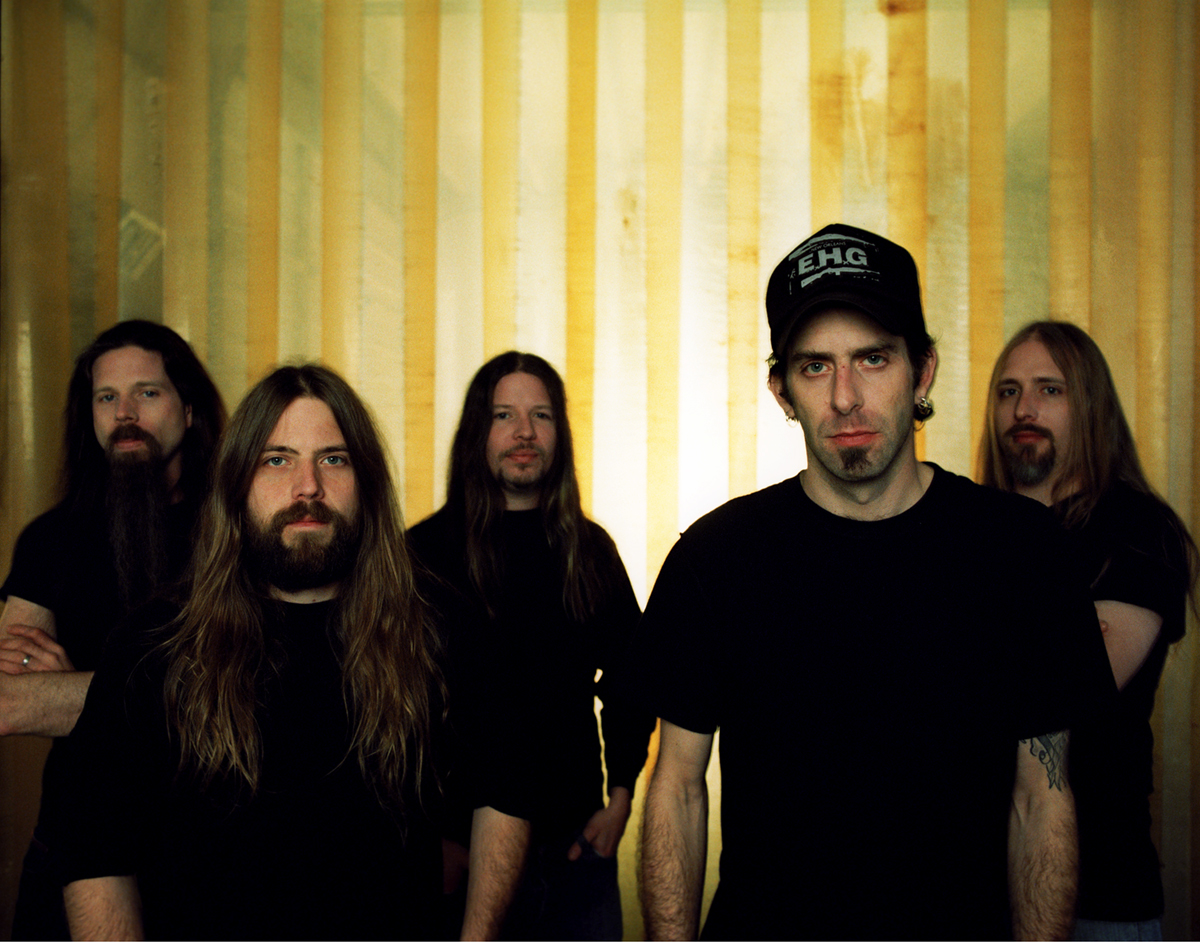 LAMB OF GOD has premiered “Making of Redneck,” a behind the scenes look at the wildly fun 2006 music video for “Redneck” from the Sacrament album. Watch the video HERE. The original video can be watched at this location.

This past weekend, the uncompromising, acclaimed Virginians were confirmed as one of the headliners of the UK’s Bloodstock Open Air festival in 2022, taking place August 11-14 in Catton Park. The festival sold out its 2021 event at an increased 20,000 capacity. Frontman Randy Blythe commented, “It’s been way too long since we’ve rocked the festivals of Merry Olde – what better way to announce our return than a headliner slot at Bloodstock? Until then, pack your wellies and stay safe, England – LAMB OF GOD (and Roger Brilliant) will see you Summer 2022!”

The remastered Sacrament (15th Anniversary) will contain the original album tracks, as well as previously unreleased bonus live tracks recorded at House of Vans Chicago in the band’s only live performance of 2020. The album is scheduled for a digital release on August 20th, with a vinyl edition slated for early next year. The “Making of Sacrament” feature, originally included on the Walk with Me in Hell DVD, will premiere on YouTube August 20th. Watch the trailer here.

Originally released on August 22, 2006, Sacrament debuted at #8 and sold nearly 65,000 copies in its first week. The album spawned the popular track “Redneck,” which brought LAMB OF GOD their first Grammy award nomination for “Best Metal Performance.” The album was certified Gold by the RIAA in September of 2019.

In total, LAMB OF GOD has sold more than 2.5 million albums worldwide and garnered over 400 million streams. The metal giants signed with Epic in 2004 and released Ashes of the Wake shortly thereafter. The album debuted at #27 on the Billboard 200, sold over 35,000 copies in its first week in the USA and was eventually certified Gold. Sacrament saw release two years later, followed by Wrath in 2009. Wrath sold over 68,000 copies in its first week and debuted at #3 in the US, smashing into the UK official album chart at #25 (and at #1 in the rock & metal chart). The album’s lead single, “Ghost Walking,” garnered yet another Grammy nomination for LAMB OF GOD for “Best Hard Rock/Metal Performance.” 2015’s VII: Sturm und Drang made its debut at #3 (USA) and a UK career best #7 and put another Grammy nomination under the group’s belt for “512” in the “Best Metal Performance” category.

After intense touring, LAMB OF GOD finally returned to the studio to record their 2020 self-titled album. Following the expanded re-release of Lamb Of God earlier this year, the quintet is now readying for a co-headline US tour with Megadeth on The Metal Tour of the Year, featuring support from Trivium and Hatebreed.