BEGINNING WITH THE END 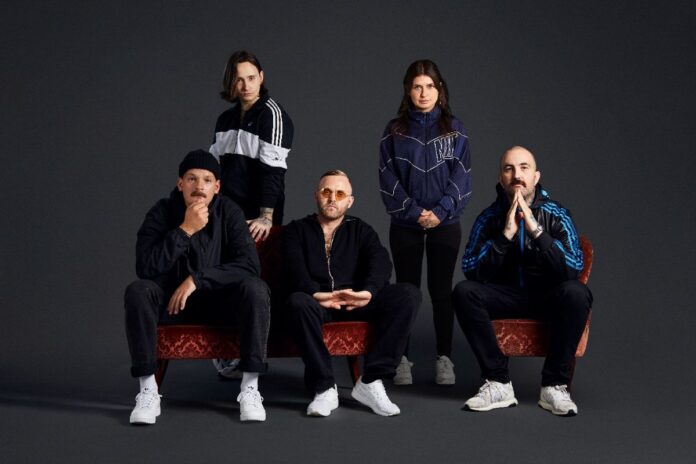 Blood Command have released a video for their brilliant single ‘The End is Her’, featuring the band’s new vocalist, Nikki Brumen (ex-Pagan).

The video comes ahead of Blood Command‘s debut performance with their new frontwoman, at Oslo’s Vulkan Arena on 16th December. The show will be a triumphant end to a difficult two years for the band, who’ve spent the time entirely separated by the gulf of distance and pandemic.

Nikki Brumen comments: “Finally, being in Norway has exceeded any expectation that I ever had. I knew it would be a life changing and surreal experience but I never imagined my time here would be this incredible. The moment that I stepped off the plane (after 26 hours in transit!) I instantly felt at home. When I saw Yngve waiting at the arrival gate, I burst into tears, it was so overwhelming to meet someone after almost two years of working on the band from opposite sides of the globe, and for him to be even cooler than I could have imagined. I have been blown away and so grateful by how welcoming everyone has been, especially my band mates, who are all the nicest and most funny people. We have been working our asses off to make sure our first show is going to blow people’s minds! Being on stage is where we all belong and I have so much love for Blood Command‘s music, that I will put everything I have into our live shows. Having waited this long to play live together, and having been separated for so long, has given us all even more drive to make this show the best live Blood Command performance ever!”

The self-described death pop band are a one-of-a-kind proposition. Hardcore meets metal meets pop meets punk, Blood Command have previously been called ‘one of the world’s best kept secrets’ by Rock Sound, achieved one of the Albums of the Year in Kerrang!, and applauded by Metal Hammer, among others.

Blood Command have previously toured with Biffy Clyro, Kvelertak, Rolo Tomassi, and Skindred, following the release of their acclaimed EP Return of the Arsonist, the conceptual successor to 2011’s Hand Us The Alphamale EP. The band have also shared the stage with Refused, Tragedy, ComebackKid, and Gallows, and have played Download Festival, The GreatEscape, 2000trees and Roskilde festivals, among others. Now with celebrated UK label Hassle Records and with Nikki at the front, Blood Command‘s power and prestige only rises higher.