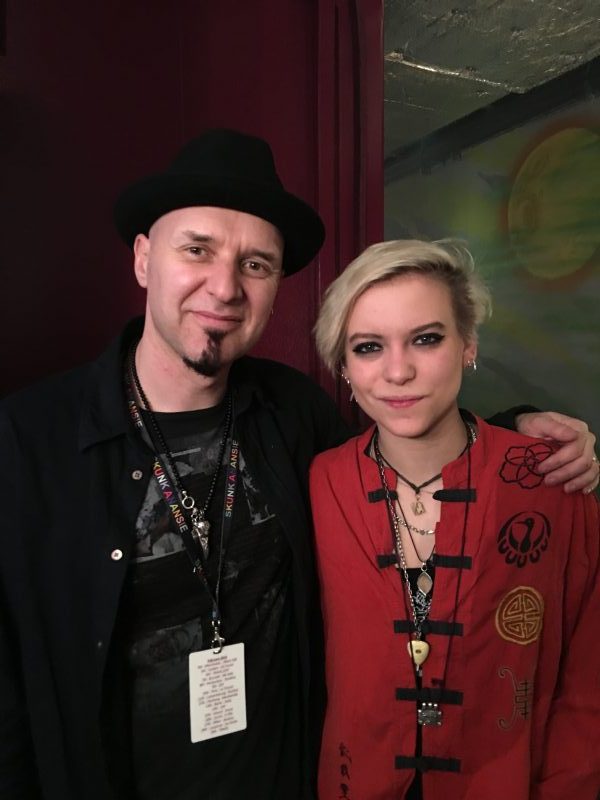 Since graduating from the Academy of Contemporary Music in 2012, Carmen Vandenberg has hit the ground running – fast tracking her career into the music industry. Having performed in Bones alongside Skunk Anansie on a sold out European tour, Carmen’s most recent success was co-writing Jeff Beck’s new album ‘Loud Hailer’.

Wanting to redefine his sound, Jeff Beck drafted in ACM’er Carmen and her band mate Rosie Bones after watching Bones perform at Queen Drummer, Roger Taylor’s birthday party. Beck said in a Rolling Stone article that he wanted to move past his ‘guitar nerd’ albums and that is why he decided to team up with ACM’er Carmen and Roise. Producing on the album was former ACM production student, Filippo Cimatti, who worked with Jeff to finalise the album.

“I met Jeff at Roger Taylor’s party. Which was insane because he’s an absolute hero of mine. He came to see my band ‘BONES’ and then asked us to write his album with him. Rosie, Jeff and I wrote it at his house so quickly because it was all so comfortable and natural. Then we got ‘Bones’s’ producer involved Filippo Cimatti (who also went to ACM) Who Worked with Jeff To Finish the Job.

To summarize: an incredible experience and can’t wait to go on tour!”

The statement album ‘Loud Hailer’, to be released July 15th, will contain music from funk to electronica and soul to the blues with a focus on vocal songs.
If you too, want to fast track your career and write songs with stars, sign up for an open day now: http://www.acm.ac.uk/open-days/\