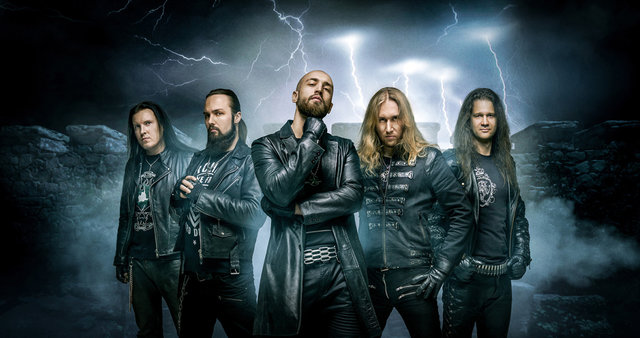 The video for ‘Blind And Frozen’, directed by Ville Lipiäinen (NIGHTWISH), can be viewed here.

Anton commented on the track: “‘Blind And Frozen’ is a super catchy and massive song. Yannis’ interpretation and performance here is nothing short of pure perfection!”

Additionally, BEAST IN BLACK have also unveiled the album’s tracklist, as well as launching pre-orders for the album. See below for more details:

The five-piece, Helsinki based heavy metal band was founded by Anton Kabanen soon after he had parted ways with BATTLE BEAST in 2015. By the end of that year, the band had played their first show, opening for the mighty NIGHTWISH.

Berserker was produced by Anton in his Sound Quest Studio. The cover artwork marks the return of the collaboration between Anton and Roman Ismailov who was the original illustrator and graphic artist for BATTLE BEAST.

Berserker maintains the style of Anton’s previously composed works, which include the first three BATTLE BEAST albums. Influenced by 80’s metal bands such as JUDAS PRIEST, MANOWAR, W.A.S.P., BLACK SABBATH and ACCEPT, the new album is a surefire heavy metal hit. “It’s very straightforward, catchy and powerful and occasionally mixed with some symphonic influences,” Anton adds. Lyrically, Kabanen has stuck with what he knows best: “Many songs such as the title track, ‘Beast In Black’, and ‘Zodd The Immortal’, are strongly influenced by the Japanese manga and the anime series, Berserk.”