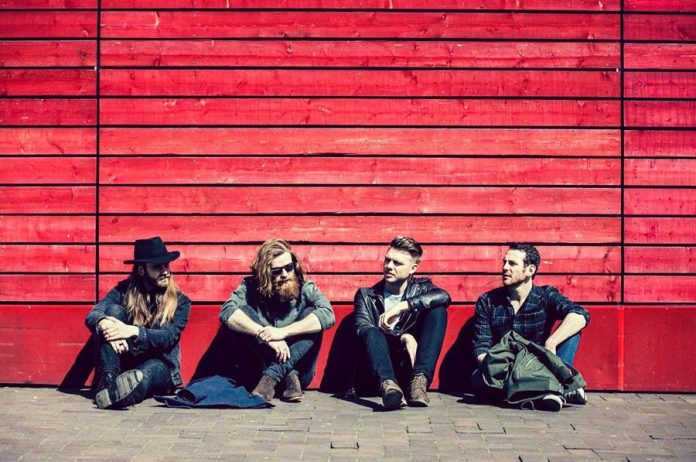 Hailed as ‘the heroes British rock needs right now’ by the Huffington Post, the mighty Hunter & The Bear’s raw, infectious and downright thunderous output has seen them garner extensive plays on BBC Radio 6 and 2 already, as well as spots on large stages at Reading & Leeds, T in the Park and Hard Rock Calling festivals. A sold out UK tour already under their belts too, the band have also acquired prolific support slots, having toured with the likes of Eric Clapton, Van Morrison and Simple Minds respectively.

Brought up on a heavy diet of rock bands like Led Zeppelin, Black Sabbath and Pink Floyd, Hunter & The Bear are equally inspired by modern bands like Biffy Clyro, War On Drugs and Royal Blood and this latest track – and accompanying video – offers a solid insight into their recording process with more than a glimpse into what you can expect from their raucous live shows.

Releasing one video a month until their album release in May, there’s a lot more to come from Hunter & The Bear, the UK’s most promising rock export.

Hunter & The Bear are:

12th May
The Tolbooth, Stirling

18th May
The Ironworks, Inverness

20th May
An Lanntair, Stornoway

25th May
The Tunnels, Aberdeen

26th May
The British Legion, Shetland