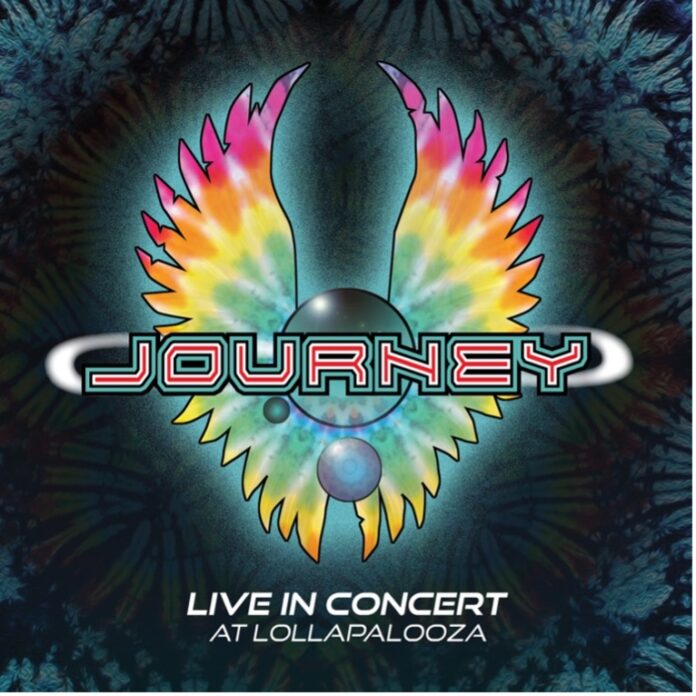 Frontiers Music Srl is pleased to announce the upcoming release of Journey’s incredible Lollapalooza performance from Chicago, IL, which took place on July 31, 2021, “Live in Concert at Lollapalooza” on December 9, 2022. The stunning set, which will be released on CD/DVD, Blu-ray, and Vinyl, serves as a testament not only to the band’s enduring legacy, but their relevance to a whole new generation of rock ‘n roll fans.

Watch an electrifying performance of ‘Be Good To Yourself’ HERE: https://youtu.be/TW74nNeusPI

“Pineda’s kinetic showmanship was evident throughout the set’s litany of hits, as he brought fresh energy to ubiquitous singles from “Separate Ways (Worlds Apart)” to “Lights.” However, the true spark of the night’s set rested in the hands of the band’s longest-serving members. Guitarist and founder Neal Schon was a quiet force, delivering a reliable string of solos that felt as economical as they were effortless, while on keys, hometown boy Jonathan Cain added soulful sharpness to “Stone in Love” and “Just the Same Way.” If anyone in the crowd was worried about their image, they weren’t letting on. Instead, they were singing along to the band’s deep catalog of songs that have embedded themselves in the heads of anyone who’s owned a radio in the last 50 years.” – Consequence Of Sound

“Unlike so many of their classic rock brethren, Journey has managed to maintain some semblance of relevance amongst a younger demographic and wasted no time getting to the hits Saturday at Lollapalooza.” – Forbes

Inducted into the Rock and Roll Hall of Fame in 2018, Journey have 25 gold and platinum albums, including the fifteen-million selling Greatest Hits collection, with total sales adding up to 80 million records around the world. As the band’s legend continues to grow larger and their touring gets bigger, they recently released a new studio album, “Freedom” in July 2022. It was their first album of new material to be released in eleven years, since 2011’s “Eclipse”.

The album was met with rave critical and fan reviews and charted in multiple countries around the globe.

“Live in Concert at Lollapalooza” Tracklisting: