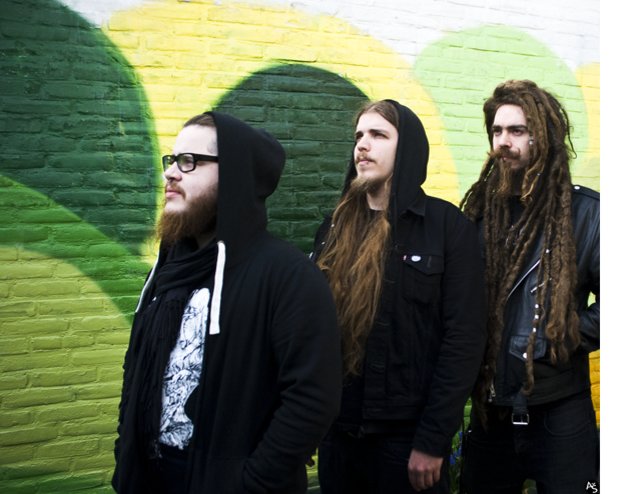 BAST will join Pallbearer on a lengthy tour across Europe starting in Berlin on May 20, 2015.   It’ll be the bands first full tour of the continent and guitarist/vocalist Craig Bryant is looking forward to it:

“Following performances at Roadburn, Incineration and Red Sun festivals, and a year after supporting them together with YOB on our home-turf, it’s with great pride that we will be playing 18 dates alongside Pallbearer on their European tour this Summer – marking our first extensive excursion across the mainland!”

BAST is a trio specialising in an unhealthy blend of Black Metal and Doom, with a flair for experimentation and emphasis on storytelling.

Their debut full-length ‘Spectres’ – originally released on Black Bow (Slomatics / Conan / Fister and others) and Burning World records in early 2014 – weaves together a hatful of heavy and a pinch of psychedelia to take you on a journey of Godless riffs and crippling atmosphere.  Following its initial release, Bast embarked on two tours across the UK and Ireland with Conan and Ageless Oblivion, made festival appearances at Damnation, Into The Void (NL), Doomed Gatherings (FR) and FOAD, as well as one-off performances with Indian, Oranssi Pazuzu, Oathbreaker, Wodensthrone and Horse Latitudes, among many others.

This repress of ‘Spectres’ (on both black and gold vinyl) signals Bast as true auteurs of their vision, spreading it without compromise and proving that there’s still life aplenty in the UK heavy music scene.