BARRENCE WHITFIELD AND THE SAVAGES @HARE AND HOUNDS, BIRMINGHAM 15/05/2018 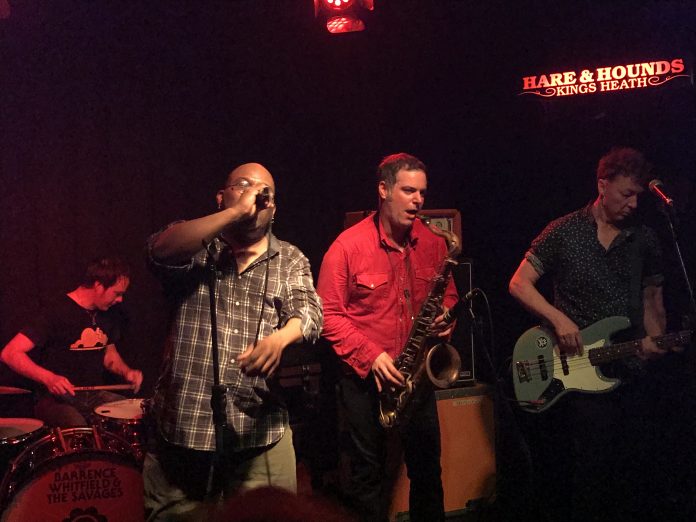 As he gets to the encore – to be fair about the only time he pauses in his 80 minutes onstage – Barrence Whitfield says: “I want to dedicate this next song to a man from here, I’ll probably never meet him, but I want to acknowledge what his music means to me.”

We are used to this in Birmingham given we invented heavy metal just up the road (face facts everyone, we did), but the next words out of Whitfield’s mouth were initially something of a surprise: “Mr. Roy Wood.”

And it makes perfect sense, because such is the air of joy here that every day must be like Christmas to the Floridian, but also, just like Wood he has distilled rock n roll to its purest. In the depths of winter, I was lucky enough to have one of the albums of this year so far land in the inbox. Luxuriating in the bonkers name “The Soul Flowers Of Titan” Barrence Whitfield and his savages had made something special. “This is a record that is all about feeling and energy” was how I summed it up, before adding that “[it] sounds like there has never been anything bad in the world”.

If that was just on record, then imagine the party that was going to happen on a warm spring night, in front of not the largest, but one of the most enthusiastic (not to mention drunkest) crowds you can imagine. 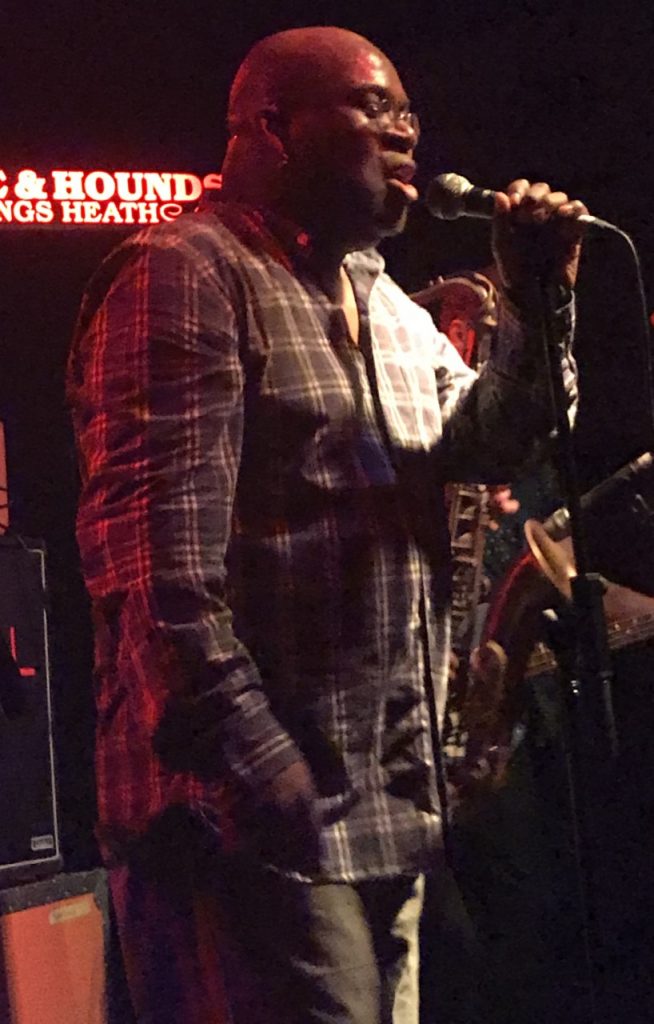 Right from off, “Slowly Losing My Mind” everything is done at a breakneck pace and everything is turned into a maelstrom. “Pain” – another of the new records choice cuts – and the garage punk of “The Corner Man” barely pause for breath, but the out-and-out showman that exists in Whitfield, is shot all the way through “Sad About It.”

This is Whitfield’s circus and he is the ringleader, but make no mistake, this is a band – one that needs the fine guitar of Peter Greenberg, the bass of Phil Lenker, Andy Jody beating the kit, and crucially Tom Quartulli on the sax. The result is something quite unlike any other band. More primal than the outfits on the Jersey Shore, more soul savvy than the rest, instead they weave their own magic.

“Lets Go To Mars” (“it’d be good to leave earth right now”, he says) is strutting blues, while “Adorable” is loud and proud and “Blackjack” is best described as being on some bootleg of “The River” with a third disc that is ever so slightly unhinged.

The Savages rather deftly move through the gears, “Tingling” sounds like it wants to get laid, while “Wille Meehan” is met with a simple, “man, I love playing that song” from the singer. It shows.

A frontman in the absolute classic mould, Whitfield throws in “Rock N Roll Baby” before he lets himself go, finally on “Walking With Barrence”. Shackles off, this one is driven by a force you couldn’t tame.

After the spirit of Roy Wood is invoked and the traditional rock n roll of “Georgia Slop” follows, the set is rounded off with “Ramblin’ Rose”. Made famous by MC5, this has their energy but these jams are kicked out the way Barrence Whitfield wants.

Sweat dripping off the walls, drinks in hand and smiles on faces. Barrence Whitfield And The Savages were made for nights like this.

Previous article
SOMETHING NU TO BELIEVE IN?
Next article
BAND OF THE DAY: FIT FOR AN AUTOPSY