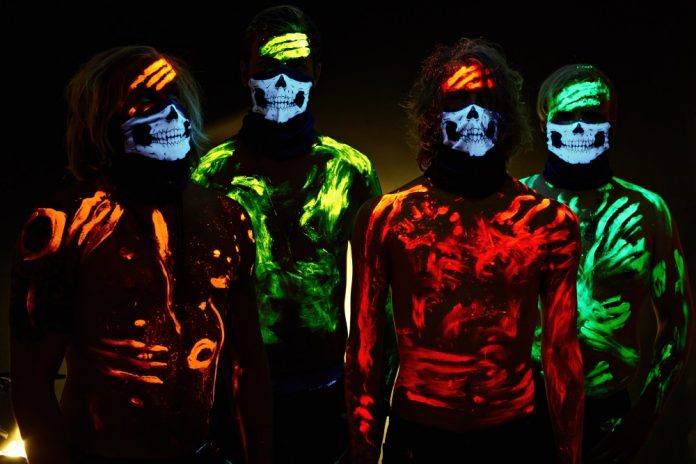 Premiered via Dan P. Carter’s Radio 1 Rock Show and Everything Is Noise, you can now watch the video here:

A new force in rock, the group originally hail from the Andromeda Galaxy, and have come to Earth to unite us under a new rock banner. The four members ALPHA (vocals, guitar), BETA (lead guitar), GAMMA (bass), and DELTA (drums) combine with music centred around true love, peaceful activism, and an anti-war and anti-destruction ethos.

Of the single, bandleader ALPHA comments:

“It’s the perfect grand opening. Both for the album and as the first single. On the surface, the lyrics paint a rather blunt picture of light versus dark, good versus evil. However, digging deeper into the metaphysical, this alleged war plays out in the field of human consciousness, and it’s one that’s been waged heavily by major corporations, politicians and religious institutions for decades. What lies behind the veil of consciousness? Pure universal love. Tune your soul into the cosmic frequencies and let the light overflow.”

A crossover between the likes of Queens of the Stone Age, Biffy Clyro, and Pink Floyd, the group drive heavy rock in a new direction whilst giving a nod toward the greatest 90s rock acts. Desert rock collides with a tinge of psychedelia and cosmic grandeur, creating a scintillating new sound.