BAND OF THE DAY: SMASH FASHION 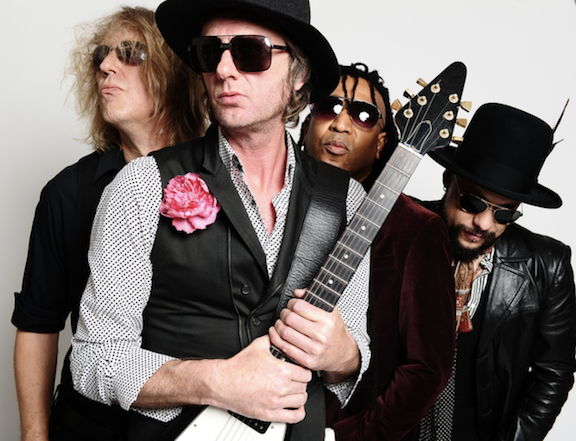 Imagine spinning the dial on rock radio before the corporate takeover of the air waves and you’ll get a good idea of what these 11 amphetamine-laced rockers sound like. From the lead-off track ”Can’t Take You Anywhere“ to the epic closer “Smiles and Daggers” (featuring David Bowie’s longtime musical conductor and pianist Mike Garson), this L.A.-based foursome once again offer up an album of genre-defying, adventurous rock‘n’roll loaded with hook-filled songs that instantly have a familiar yet original vibe. Classic rock, ‘70s FM pop and swaggering glam all shift gears with new wave, psychedelia and gutter-punk through this souped-up platter, though it’s inspiration not imitation that ultimately fuels these dudes.

Singer/songwriter/guitarist Roger Deering’s songs of dysfunctional misfits and misadventures hit a chord that most of us can relate to – humorous without being corny, serious without the bummer, sexy but not crude, rowdy but fun.

With top-notch production by Lloyd Stuart Casson, this LP showcases Smash Fashion flexing their musical muscle in a big way.