BAND OF THE DAY: SKYPILOT 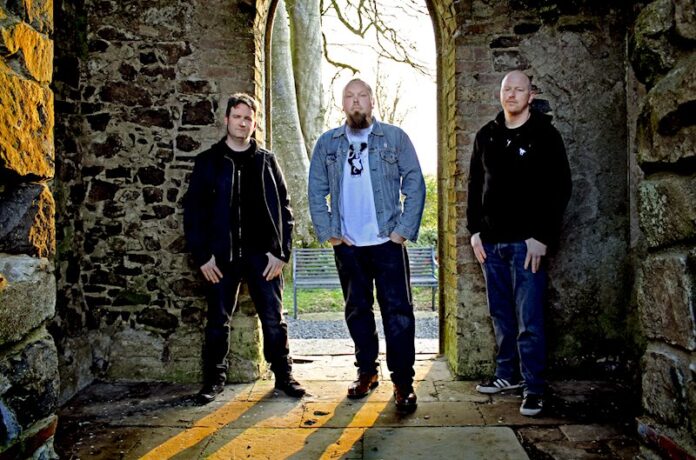 SKYPILOT release new single ‘Knifed On The Beach‘ on 30th July, new album ‘Simple Beasts‘ is out on19th August via The Distortion project and Code 7 Distribution.
The single’s available for airplay now.

Skypilot are pleased to announce details for the release of their highly anticipated third album “Simple Beasts”. Recorded at Start Together studios in late 2021 under the stewardship of renowned engineer and producer Rock O’Reilly, ‘Simple Beasts‘ highlights the band’s darker hue and is their most dramatic work to date.

The first single, entitled, “Octofuzz” was released in February 2022 on a limited edition 2 track digipack CD, and via all streaming & download outlets. “Octofuzz” serves notice of the bands intentions on this album with deep grooves and pounding rhythms, vocals spat at the listener with malicious intent. With ‘Simple Beasts’, Skypilot are demanding your attention and they are in no mood to mess about.
Comments’ bassist Gareth Ruddock: “Simple Beasts represents us in every way! We are extremely proud of this album, and we look forward to finally letting it loose upon the world. The songs are inspired by our current times and the pressures of social media on our collective psyche. The album is rant at everything that has angered and frustrated us about the last two years. It’s a release. Enjoy.”

The album will be preceded by another single entitled “Knifed on the Beach” together with an accompanying video. This will receive a worldwide digital release on Friday 30th July 2022 via The Distortion Project, and will be available on all digital formats, to include Spotify, iTunes, Amazon, GooglePlay, Deezer, and many others.

“Simple Beasts” will be released worldwide via The Distortion project and Code 7 Distribution on a limited edition digipack CD and all digital formats on Friday 19th August 2022.

SKYPILOT BIO
Born in 2002, Skypilot have been following their own distinct path through the past 20 years. Drawing their influences from a wide and varied collection of bands and genres Skypilot simply play what feels right, making them notoriously hard to pigeon hole into any one area of the rock music spectrum.
This approach has served them well so far. Numerous tours have come and gone with bands such as End Of Level Boss, Firebird, Gentlemen’s Pistols and Suns of Thunder. Full UK tours with fellow NI band Stand-Up
Guy saw Skypilot cement their reputation on the mainland and win new fans wherever they played. More high-profile gigs followed with the like of Brant Bjork and the Bros, Planet of Zeus, Lionize and the mighty Corrosion of Conformity, shows that boosted the bands profile and proved Skypilot are comfortable in the big venues, as well as the regular club stages.
With 4 EP’s and a full length debut album under their belt, Skypilot showed no signs of slowing down. 2017 saw them play extensively in support of their 4 tracker, “EP4”.
Not content to rest on their laurels, 2019 saw the release of the bands second full-length album, entitled “The Affront” which came out on Friday 7th June worldwide on CD, and digitally via Spotify, Amazon, Deezer, Apple Music, Deezer, iTunes and all digital formats.
An accompanying single and video entitled “Superdupernaut”was released on Friday 24th May 2019.
The band undertook 3 short tours of the UK (one of which was with up- and-coming London Heavy Rockers Blind River) and played the prestigious Siege of Limerick, Beastfest, Mosh Against Cancer and Bloodstock Festival, gaining new fans all over the UK and beyond. Bloodstock in particular was a remarkable achievement and the band turned in a stunning performance to great acclaim.
2020 should have seen Skypilot expand their horizons with further UK tours and their debut European bow. Indeed, they had already successfully conquered Cork’s auspicious Urban Assault fest in February and had 3 Irish dates with Blind River in April to look forward to the before the dreaded Covid-19 Pandemic struck.
Undaunted, the band started working on new material and also partnered up with The Distortion Project to digitally re-release their 2007 debut album “Monument” across all streaming and download platforms. Like all bands Covid-19 restricted activity in 2020.
Skypilot didn’t remain idle in 2021 and once again worked alongside The Distortion Project to record the follow up to 2019’s The Affront.
Taking just a week in Belfast’s Start Together Studios with renowned producer Rock OReilly at the helm, they recorded 7 new tracks and rerecorded one old song. And, with restrictions finally lifted in Northern Ireland, the band took the stage once again. They made a most welcome return to the Limelight 2 in November and Voodoo Belfast in December for the launch night of newly reformed label, Distortion project Records.
2022 marks the bands 20th anniversary and Skypilot wasted no time in marking that most auspicious of landmarks. They released a brand new single entitled ‘Octofuzz’ on the 25th February and undertook a nine date UK and Ireland tour in April with classic rock heroes Blind River. In June the band announced that their third album, entitled “Simple Beasts”, will be released on physical and all digital formats worldwide via The Distortion Project, and Code 7 Distribution on Friday 19th August.
This will be preceded by another single “Knifed on the Beach” on Friday 30th July. If that wasn’t enough, they played an exceptionally well received show in The Limelight 1 on the 4th June to celebrate their 20th year as a band. With high profile slots supporting Nebula and Orange Goblin on the horizon, and a European and UK tour in the works, it’s never been a better time for Northern Ireland’s favourite vaguely proggy, kinda stoner-ish, big grooving 3 piece!