BAND OF THE DAY: SILVERLANE 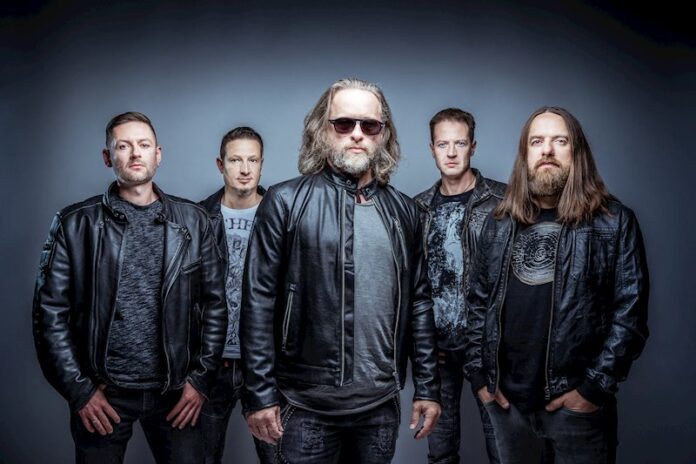 Check out the video here: https://www.youtube.com/watch?v=RbbxNm5NMSU

Twelve years since their latest output, Above The Others (2010, Drakkar Entertainment), Franconia’s powerful metal and hard rock act SILVERLANE has announced their much awaited return to the heavy music scene! To celebrate their comeback in glorious style, the band has announced the release of their brand new album, Inside Internal Infinity, due out on January 28, 2022 via Drakkar.

The roots of SILVERLANE go back to 1995, when the siblings Chris, Dodo and Simon founded the band in their parents’ garage. After releasing two albums on Drakkar Entertainment and touring in support of Lordi and Doro Pesch, it became quiet around them. Children were born, houses were built, marriages were made and divorced again – but finally, SILVERLANE are back! More mature, stronger and better than ever, they shine in metallic-modern splendour without forgetting their roots. The new frontman Tom Klossek has a big share in this. “Actually, I had already given up on finding a suitable band and didn’t have the energy to start all over again. I’d had to do that too many times in my life, but when I listened to the songs for a stand-in gig at Rock im Harz, I immediately noticed the love of detail and the vibes that were created. After the gig I immediately asked the band if we didn’t want to start again TOGETHER. SILVERLANE 2.0 so to speak … ” says the Frankfurt native.

Simon Michael adds: “Tom is the best singer I have ever recorded“. And that will mean something, as he is not only the mastermind behind SILVERLANE, but also a busy producer in the metal field and on top of that drummer in Subway To Sally for almost 15 years. Together with his brother Chris, Uli Holzermer (Lead Guitar), bassist Daniel Saffer and their new drummer Basti Kirchdörfer and Tom Klossek on vocals, SILVERLANE present themselves with a new, strong sound symbiosis rarely seen in metal, but one can be sure, they are ready to take off again!

‘Für Immer und Ewig’ is the last song that we wrote for the album, with which we felt like experimenting without losing the “silver thread”, says guitarist and founder Chris. “During the recordings we had the idea to do it as a duet. Patty is a good friend of the band and she agreed and gave the song its beautiful shine.”

Inside Internal Infinity was produced by Simon Michael at Great Hall Music Ebermannstad, and will be coming out as a Digipak (including fanposter) on January 28, 2022 via Drakkar Entertainment. The album pre-sale is now available at THIS LOCATION!

Previous article
BAND OF THE DAY: SERIOUS BLACK
Next article
THE JOY OF SIX IN READING