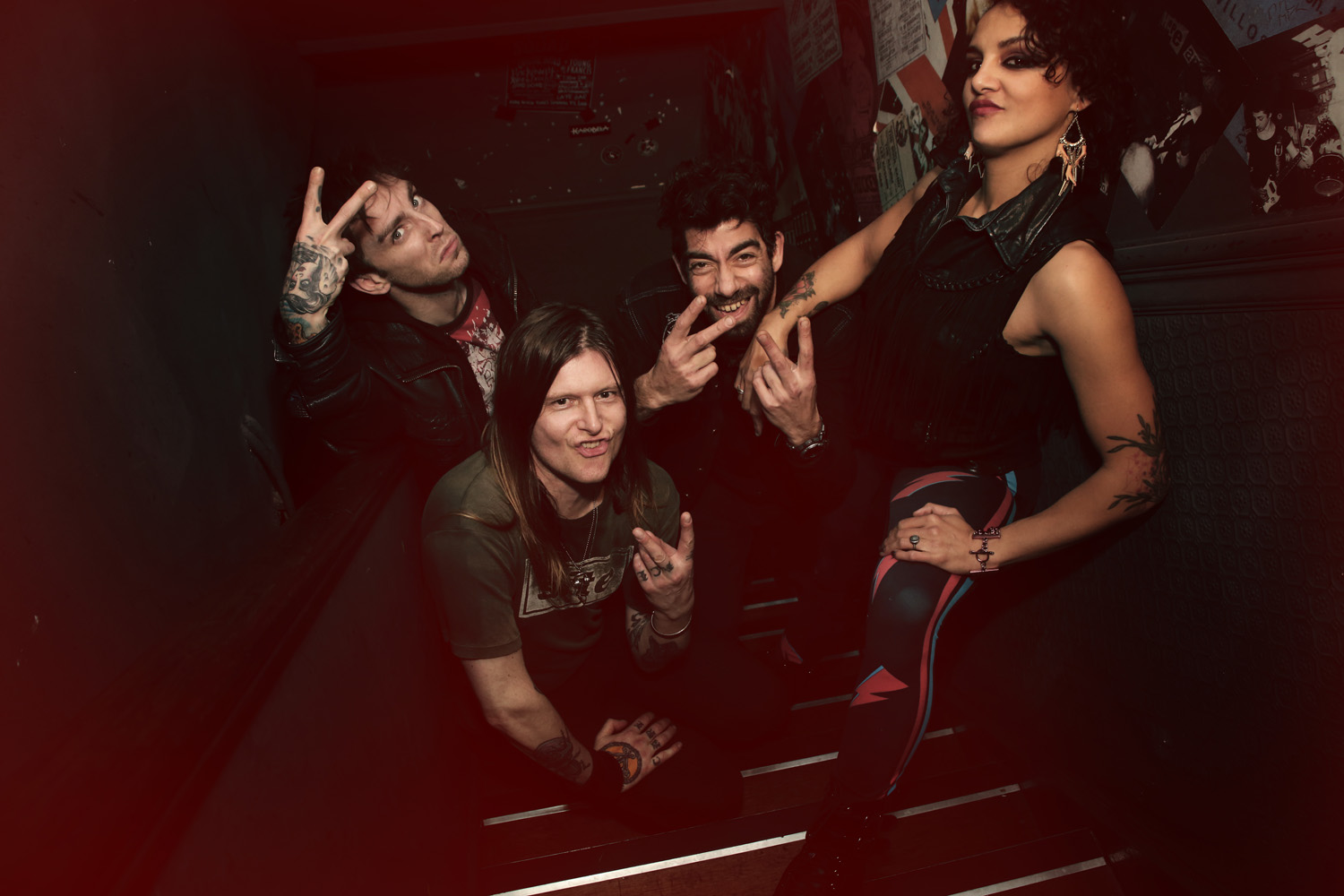 Dragged up from the gutters and back alleys of London’s ripe underbelly, the four members of Seven Days and Doesn’t Die have long formed alliances in the capital’s dark basements and back rooms, concocting sleaze infested riffs atop guttural beats, fists of bass and hungry vocals. Seven Days spit naked, armed truths from their salty incendiary rock n ’roll backdrop. They blaze an effusive assault that keeps going and keeps giving. This is music to burn your bridges to.

While their debut self-titled album is set for release this coming November 19th via Seven Days Records, today Seven Days come snarling and spitting out of the traps with debut single ‘No Restitution’, a blistering first assault that is, says vocalist and guitarist Kit, “a sleazy lament on longing and remorse.”

Watch the video for ‘No Restitution’ HERE:

You can pre-order the album at Bandcamp HERE:

Seven Days and Doesn’t Die will be hitting stages across the UK soon and are primed to detonate. Watch this space.

Seven Days and Doesn’t Die are: