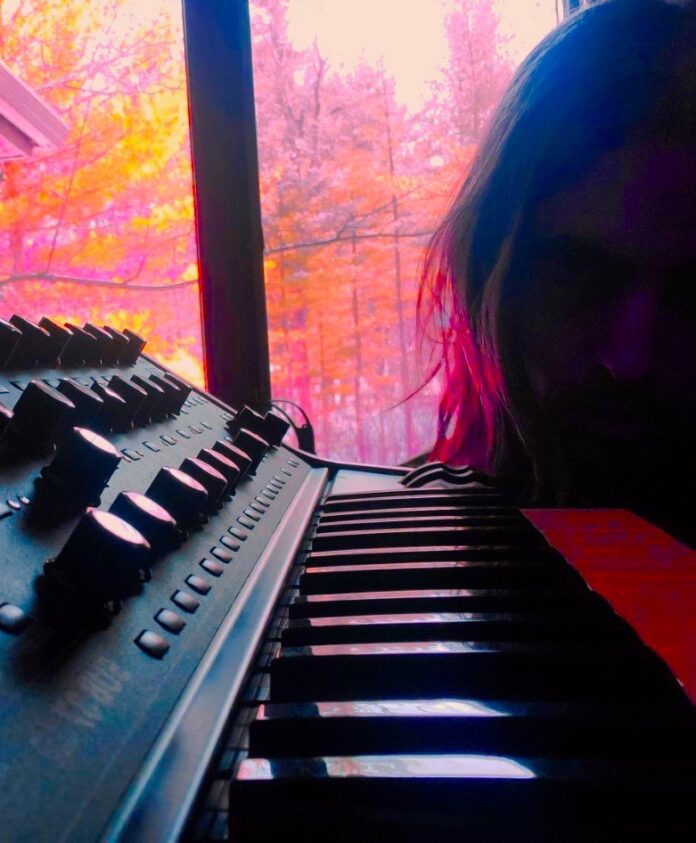 Night Eyez is a new creation of Jason Hartman, who is renown for Svart recording artists Vanishing Kids as well as being a frequent collaborator with Jex Thoth. With the aid of Travis Marks for recording & mastering, Night Eyez is largely a solo effort for Hartman and sees him indulging his darkest electro desires, spanning all sorts of idioms – witch house, squelchy EBM, trippy-hop, even industrialized stomp – but all done with his characteristically lysergic sensibilities.

As such, Night Eyez is the project’s debut record, totaling seven songs across 30 minutes. Cool, calm, and collected, Hartman in his Night Eyez guise conveys the scintillating allure of night-time exploration and isolation, serving as both narrator and spectator here. His gilded, icy-hot synths swirl and swoon, making majestic his ruminations on urban decay. His voice similarly swirls and swoons, and he’s even joined by Vanishing Kids counterpart Nikki Drohomyreky on “Peregrine.” In between, clean shimmers of guitar make an appearance as well as grinding bass, on the post-punked “Blessed.” More than anything, Night Eyez offers surprising twists in each track, keeping the listener always guessing but ever enthralled – a “collection of songs,” but also a unified experience.

And just as he’s revealing the olde metal/rock-oriented alter-ego Old Spirit, Night Eyez encompasses a lyricism that’s characteristically Hartman. As he explains, “Lyrically, it seems I’m always writing about death or impermanence. Especially as I look back on the Night Eyez lyrics, it’s all about that and also making the most of your time/life. I’ve kinda always written about that, but especially as I age, it becomes more prevalent. I don’t try to force things too much; it just comes out the way it comes out. This is cliché, but if a listener is interested in the lyrical end of things, there should always be room for their own interpretation. It’s a way to make it your own experience.”

Equally recommended for those variously into Body of Light, Ultravox, Massive Attack, and ACTORS, Night Eyez conjures a hypnotic spell with its self-titled debut.

In the meantime, hear the brand-new track “Sunset” HERE at Old Spirit‘s Bandcamp, where the album can also be preordered. Cover and tracklisting are as follows: