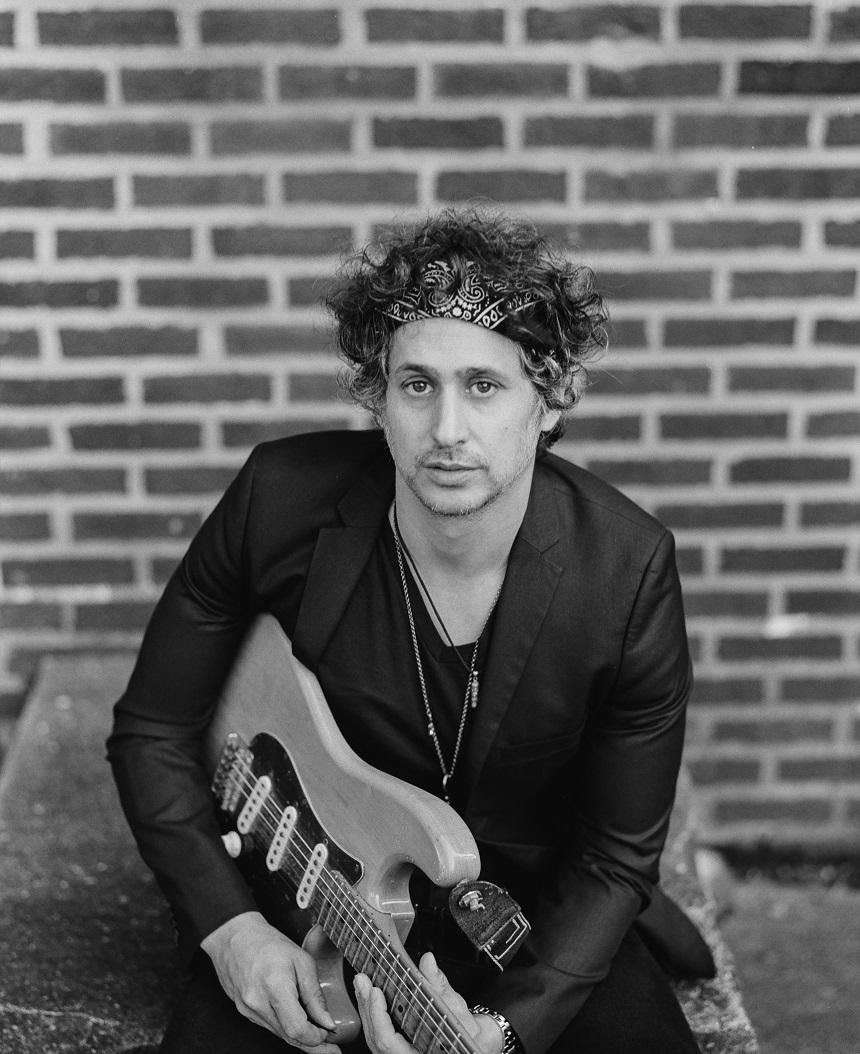 NYC rocker LORNE BEHRMAN, the singer-songwriter-guitarist who previously played in The Dimestore Haloes, L.E.S. Stitches, The Dead Tricks and most recently The Sweet Things, shares his debut solo single + video, “When I Hit The Floor.”

The rocking-but-reflective “When I Hit The Floor”–a song about “substance abuse and hitting bottom,” says LORNE—is the first release from his debut solo EP of the same name, due October 15 on Spaghetty Town Records. Watch the video here which was premiered yesterday by Glide Magazine here, which noted: “… true rocker appeal that recalls the sounds of The New York Dolls, Lou Reed, and Richard Hell.” The single is now available on all streaming platforms.

The video for “When I Hit The Floor” was directed by David J Barron and set in Brooklyn, specifically the areas of Midwood, Kensington, and Bay Ridge.  The video was shot on 9-minutes of film with a Bolex H16 handheld camera from the 1970s.

Below are quotes from LORNE, the song’s lyrics and more info about the EP.

In January 2020, I was kicked out of my previous band, The Sweet Things. I was really depressed. I had played music for 30 years, and for the first time ever, I felt like it was over for me. Up until then, I had been a lead guitar player, and an occasional songwriter. All those years my focus was really just on playing solos and being a gunslinger—playing fast and showing off. This song changed everything.

When I wrote this song, I was single, and living alone at the time. I have a young daughter who is with me every other weekend. That summer of 2020, after I was kicked out the band, I would go into her room, I guess for strength and to not feel alone. While there, I heard the leaf blowers and lawnmowers, and it made me sad—hearing that noise made me feel like life was passing me by. One Friday this song came to me, I shared it with my friend, Darren—former drummer of The Sweet Things. He said it was really good, and that gave me the confidence to try and record a solo song. It felt like a sign, and from there I wrote the three other songs on the EP.

“When I Hit The Floor” is about substance abuse; it’s about hitting bottom. Consequences come and go, and you stop caring. You scare people away or alienate them by your actions. They worry about you, but then let go. All these feelings closed in on me when I was in my daughter’s room during the time of writing the song.

Before I got sober, every night I would go to bed I would pray to God to take my life. I didn’t want to wake up. I hoped everything I ingested would take me away. I remember one time my daughter said something about me dying; she said “you would never see me again.” That is etched in my mind, and is one of the lyrics in the song. It took a minute to clean up, but on November 30th 2019 I became sober. The chorus in this song is about the faith you find when you fall down the stairs and you’re still alive. It’s sad but triumphant—you come to the edge of the cliff but you don’t jump. Instead, you change the course of your life.

The EP is like a concept record. This first song tells the overarching story—feeling life has passed me by, feeling lost in pain, losing parts of my life that I thought made me who I am, and coming close to throwing life away. It’s about desperation, and that desperation leading to positive change. Doing something drastic that isn’t killing yourself—saving yourself.

“When I Hit The Floor,” the video:

I had a small budget to make this video, and me and the director David J Barron decided we would film it near where the drama unfolded. I have since moved away from the area, so it was emotional to go back there. We had a handheld film camera from the 1970s, and it felt like we had to do it in a series of one-takes. I had to be “on point” and convey the emotions and narrative of the song without a lot of chances. It was kind of exhilarating to rise up to this role. There was no rehearsal, and I had no idea what I wanted to do or how I wanted to move. I just made up my mind to let what comes naturally flow.

It’s funny the first version of the video had no images of me playing guitar. I played every guitar part on the EP, and playing guitar is my life. I think I was just so focused on the sentiment I forgot that. Then it was strongly suggested we add in the guitar footage. We shot me playing in a Brooklyn warehouse one rainy night. I think we did it in 3 minutes of film—we were in and out.

“When I Hit The Floor,” the lyrics:

Well, the leaf blowers are blowing
I know, it’s time to move on
No more days of not knowing
Summer is almost gone

The sadness is overtaking
So, baby, I’m over overmedicating

Have this sinking feeling
Fall is almost gone

Well I came close to going
Baby girl, I wouldn’t see you again
Got so desperate not knowing
Nowhere else to go

The ‘When I Hit The Floor’ EP, track listing:

“When I Hit The Floor”

The ‘When I Hit The Floor’ EP, production credits:

The album’s raw but polished production aesthetic is courtesy of producer Matt Chiaravalle (Warren Zevon, Joe Bonamassa, Spacehog). “Matt played in the East Village rock n’ roll scene as a respected musician, and he produced my old band, L.E.S. Stitches, as well as other punk-influenced artists around town. He then went on to produce songwriter artists,” Lorne says. “I see myself living between these worlds, so he felt like the perfect pick to capture the attitude of my music and the sentiment of my songs. Matt also has a great sense of humor, and that made me feel at ease when singing about some painful things from my past.”

‘When I Hit The Floor’ album graphic:

Wyldlife bassist Spencer Alexander designed the EP artwork, and it is a subtly playful homage to the cover of Don Henley’s first solo album, I Can’t Stand Still.