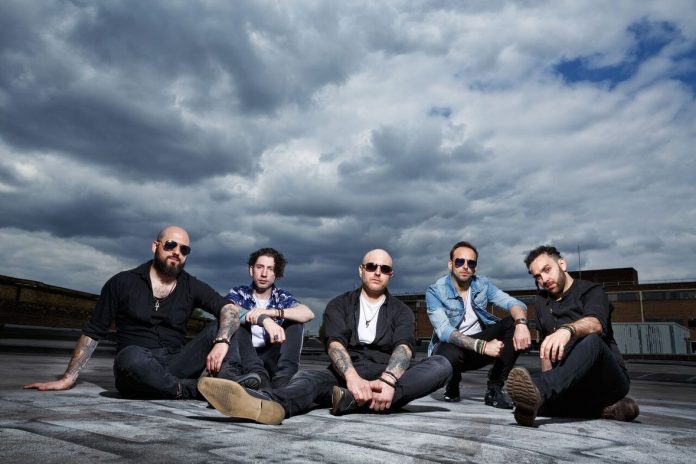 Hailing from London, In Search Of Sun formed back in 2011 and quickly took their music to the road seeing them play Welsh festival, Hammerfest and share the stage with many well known bands such as Bullet For My Valentine, Funeral For A Friend, Pop Evil and many more.

Following the release of their debut album ‘The World Is Yours’ in 2014, In Search Of Sun found themselves included in the VH1’s ’15 Metal Bands you should be listening to in 2015!’ and album singles ‘Draw The Line’ and ‘The World Is Yours’ have earned their place on Kerrang! Radio and Scuzz TV playlists.

They played numerous events and festivals around the UK and found themselves playing iconic Donnington festival, Download in 2016. This is where they gained the attention of industry giants Spinefarm Records.They were quickly snapped up by the notable label and signed early in 2017 releasing their current album ‘Virgin Funk Mother’ later that year.