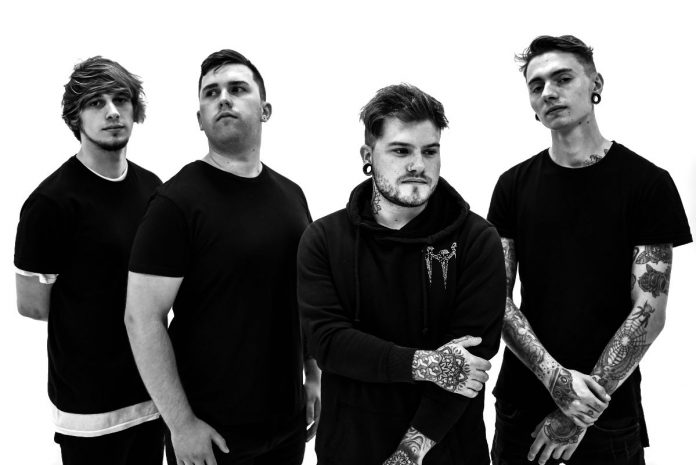 South West born metal quartet IN FEAR THEY FOLLOW reveal the music video for their next single ‘Erebus’, taken from their forthcoming debut EP ‘Solace’ due for release on the 5th April 2019.

The video premiered on the bands Facebook page and has already clocked up over 7k views across all platforms in just a few days. “‘Erebus’ is a being of pure darkness represented in both this song and the music video as the voice in the back of your mind telling you that you aren’t good enough. In this case the individual loses to their demons.” explains the band when talking about the new single.

For fans of Bleed From Within and Architects, IN FEAR THEY FOLLOW live for their live shows as the atmosphere of playing on stage and bringing heavy music to as many people as possible is an unreal experience.”We use this band as an opportunity to test ourselves, as our goal is to push our boundaries as musicians and songwriters, but most importantly we do it to put our heart and soul on the canvas and that’s what we did on our recent tour run with BURY THE TRAITOR.”

Ironically ‘Erebus’ sounded completely different when the band initially recorded it. Three months after producing it and with a little bit of George Lever’s studio magic they redesigned ‘Erebus’ into one of the driving forces behind the EP. “It became something none of us were expecting to have to revise this song this far along the production process but are all so glad that we did!”