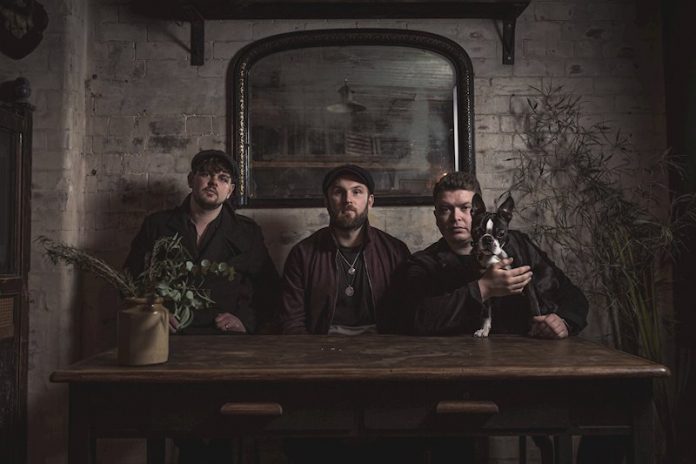 HAiG release their new single ‘Did I Just Make You Smile‘, out now on Golden Robot Records.

Having recently signed to Golden Robot Records U.K. Rock Act HAiG are a band that will inject precious life into the music scene! After all, the industry can never get enough cutting-edge and cultured rock music and that is exactly what HAiG deliver.

LISTEN: Stream/buy ‘Did I Just Make You Smile‘  HERE

Out now, HAiG’s new single ‘Did I Just Make You Smile?’ is pure melodious, yet intricate rock, that has radio written all over it. It radiates a rich tapestry of interwoven influences that will definitely make you smile. British Rock at its absolute best meshing classic rock with a progressively indie vibe. “This song started as an idea whilst I was driving late at night listening to the Mumford & Sons song Tompkin Square Park,” says Bibby. “Now, I’m not a massive Mumford fan, but that song is a masterpiece and a night-time driving song. It’s what inspired me most when writing Did I Just Make You Smile?, and I loved more than anything the atmosphere created when driving and listening to the pumping, straight-but-unique drum beat.”

Bibby continues, “I took all that into consideration when writing as I didn’t want to force this song in the same way I usually do, so I just started writing lyrics to go with the music. Lyrically, it’s mostly about a recent relationship I’ve been in, but I always like lyrics to mean whatever they might mean to anyone and to be relatable to those who’ve been in similar situations.”

The song took a whole new lease of life when Bibby took it to his band. The bare bones of the acoustic version he wrote was turned on its head when everyone put their parts on it.

“It’s up there in the clouds and I can sing this song from the heart every time we blast it live,” says Bibby.

ABOUT HAiG
HAiG is the bastard son of Billy Bibby formerly of CATFISH & THE BOTTLEMEN, WRY SMILES and NEW YORK TOURISTS. HAiG produce what is best described as an explosive, melodious rock n roll sound with a hint of alternate flavour.

The HAiG line up is completed by Carl Rutherford and Joe Mooney who all bring an incredible amount of experience and ability to a new killer rock line up with an intense authentic approach to their music.

Billy’s experience with Catfish & The Bottlemen alongside Carl, as well as Joe’s experience in the music scene have given HAiG an instantaneous worldly feel.

You can look forward to their Debut EP Freeze The World Recorded with Dave Pemberton who is responsible for Invaders must Die – Prodigy.

CLINT BOON – XS Manchester & Inspiral Carpets has chipped in with his say on the single:
“Another masterclass on how to write great edgy guitar pop from Mr Bibby and the band. The Single ‘Did I Just Make You Smile?’ is a classic radio and club anthem all primed and ready to go. Your time is coming.