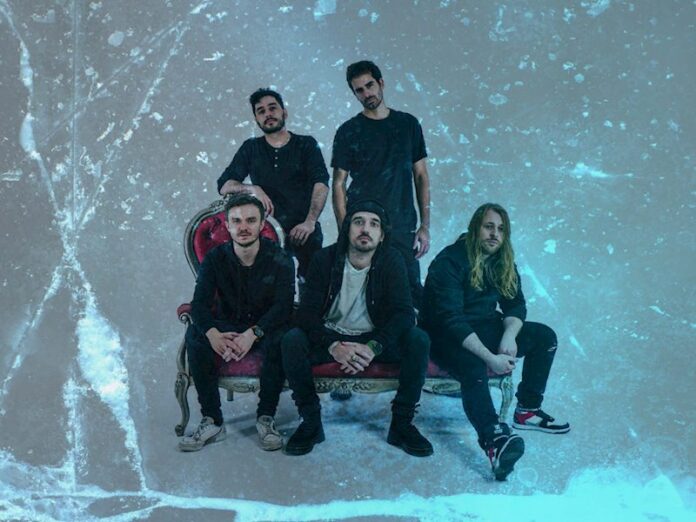 Contemporary heavy rock quintet GHOST ARCADIA lay down an enticing gauntlet with the release of their scorching new single and video, Never Break, out now – https://youtu.be/7C3-S2Y4A_s .

Londoners, GHOST ARCADIA, have utilised the past two years to greatly embellish and define their genre bending sound.  In doing so, the highly accomplished rock crew have drawn down from a diverse range of influences which sweeps from Bring Me The Horizon and Linkin Park, to Biffy Clyro and Enter Shikari. This openness to varying genres and alternate sounds, has empowered the band to develop their own distinctive mark, which in turn has seen the aspiring fivesome garner many plaudits and a legion of fans.

GHOST ARCADIA’s debut single, Midnight, announced the band’s arrival in supreme style in 2019. The track racked up airplay with multiple radio stations throughout the UK, and the single was promptly followed by their debut EP, Libero, with the lead single, Glory, being hailed as “Monumental” by the BBC’s Adam Walton.

2022 promises to be the band’s cut through year; the assiduous quintet have just finished recording their latest single, Never Break, with Al Groves (Bring Me The Horizon, ‘That’s The Spirit‘) at The Motor Museum in Liverpool, and the track ideally showcases the band’s striking sound, guile and true vigor. Vocalist Reuben Beau Davies discusses the single: “‘Never Break’ marks a new chapter in Ghost Arcadia’s ever progressing journey. The lyrics were inspired by my father’s favourite quote, an old Japanese proverb: ‘Fall seven times, stand up eight’. The song is a helping hand for anyone who’s ever been knocked down and felt like they couldn’t get back up again…it’s about the 7 times before the 8th.”

Plans are afoot to spend the rest of the year racking up as many live shows and festivals as humanly possible. Stay tuned to the band’s socials for updates and announcements.