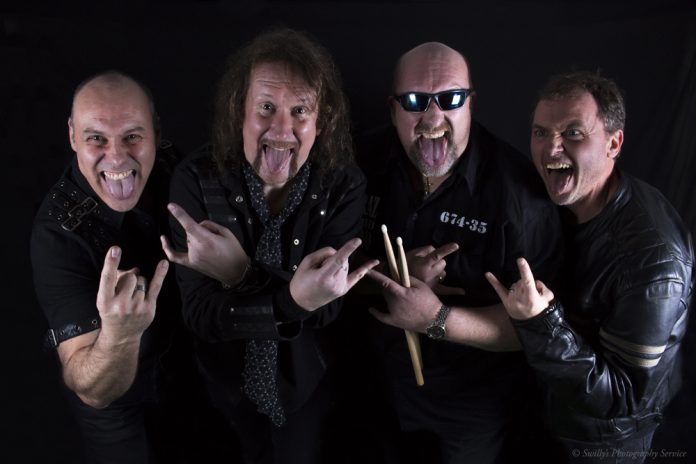 With a collective age of over 200, Fugitive are a melodic hard rock band from Liverpool, UK and proof-positive that you are never too old to rock hard and nor to give up on your dreams.

Michael Angel and Ranko ‘Chip’ Veltro are longtime musical partners and have produced 2 studio albums under the name of FUGITIVE. But in 2017 the band undertook a line-up change, with bassist, David Steele, and drummer Al Catraz joining the pair to form what feels like a whole new band.

Having cut their teeth on the UK biker gig scene, this line-up knuckled down to write and record their forthcoming album, the first single from which will be LIGHT IT UP on Friday 28th September 2018.

The single will be available across all download and streaming services and will be accompanied by a video, to be released on Weds 26th September.

Mainman, Michael Angel, said, “Ranko and I have been at this a lonnnnggggg time but despite some great reviews it just hasn’t happened for us. So we have shaken things up a little and brought in David & Al to form the new backbone, and boy has it worked!

Let’s just say that we are not so young any longer, but this has given us a fresh start and proof that if you want it bad enough then it’s never too late. We can’t wait for folks to hear our new material – starting with Light It Up.”