BAND OF THE DAY: FORTITUDE VALLEY 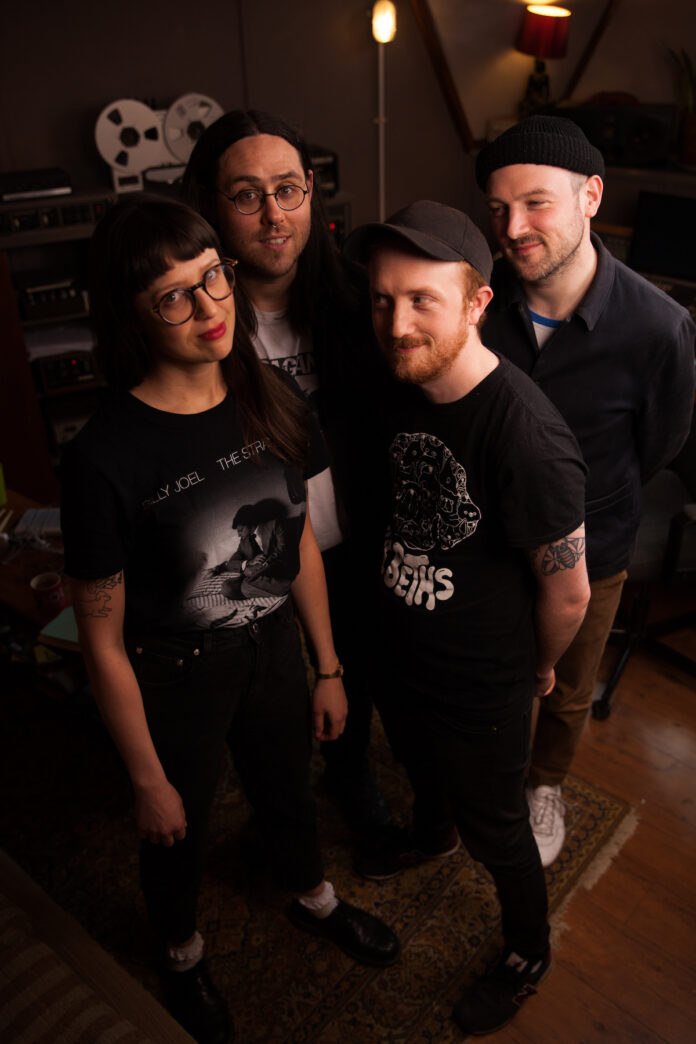 Following recent appearances at End Of The Road and Twisterella Festival, Durham-based indie punks FORTITUDE VALLEY are pleased to reveal their new single ‘The Right Thing (Part 1)’ which is out now on all good digital service providers.

The track is the final single to be taken from their self-titled debut album set for digital release on 29th October 2021 via Fika Recordings—due to global vinyl pressing plant issues, physical preorders are suffering from delays and are still available to purchase on bandcamp now, with delivery date TBC.

Commenting on the track, vocalist Laura Kovic says: “‘The Right Thing (Part I)’ is about a one-sided attempt to salvage a dysfunctional relationship. It’s a reflection on the ways you can sometimes feel lonelier in a couple than you would being on your own. It’s one of our favourites to play live, and acts as a counterpoint to the final song on the album, which is the more sombre and introspective second part of the narrative.”

The band are also delighted to announce a run of UK support tour dates with Los Campesinos! in December 2021, with all shows now SOLD OUT (see below for listings).

Recording in two stints during 2019 and 2021 with a COVID sized hole in the middle, the band’s self-titled debut album was laid down between Soup Studios in London, Rocking Horse Recording Studio in Durham, and the members’ respective homes. The album was recorded, engineered and produced by Giles Barrett and Neil Combstock, mixed by Michael Collins, and mastered by Dave Williams.

Addressing themes of the passage of time, friendships and relationships growing apart, and feelings of insecurity, depression, and anxiety—as well as searching for love and salvation—the album is very much a product of our times.

The tracks also made the band’s first splash at radio, landing on the X-Posure Playlist at Radio X, XS Manchester playlist, Idobi Anthm playlist, Amazing Radio playlist, KINK Indie playlist, and securing spins from Steve Lamacq and Marc Riley at BBC 6music, Mickey Bradley (of The Undertones) at BBC Ulster, BBC Introducing and local radio support, as well as a swathe of regional and specialist shows jumping on board.

Fortitude Valley is the new outlet for the songwriting talents of Durham-based Brisbanite Laura Kovic. Having spent the majority of her musical career playing keyboards in other people’s bands, bringing their songs to life with a melodic flourish, it was about time for Kovic to find an outlet for her songs: awkward power-pop that’s bound to appeal to fans of The Beths, Weezer or The Weakerthans.

She assembled quite the band, too, teaming up with Martha’s Daniel Ellis (lead guitar) and Nathan Stephens Griffin (drums), and Night Flowers’ Greg Ullyart on bass.

The quartet take their name from Brisbane suburb Fortitude Valley—or just “The Valley” if you’re from Brisbane—the heart of the city’s music scene, and also where Kovic first started playing in bands, before moving to the UK in 2010. “It was a place that objectively felt mythical, a suburb with a special meaning, looking back from the other side of the world and many years later,” she reflects.