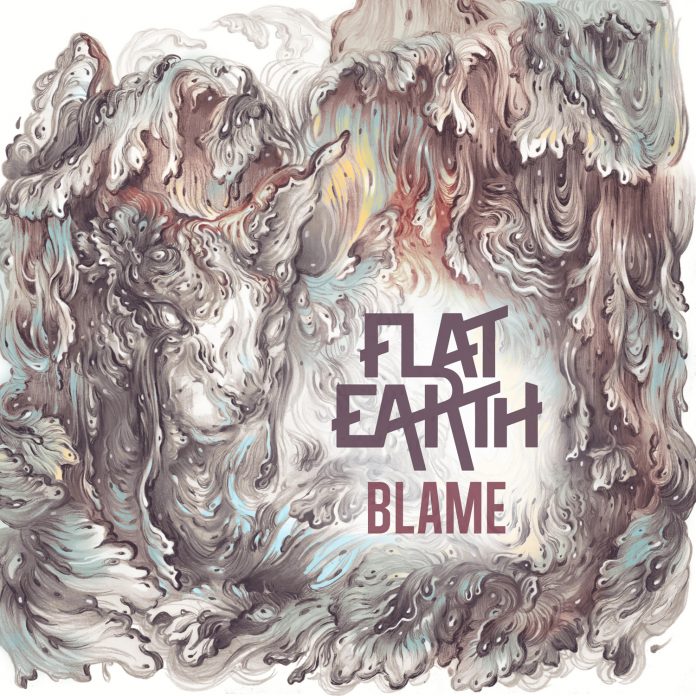 LAT EARTH release their first single and video for ‘Blame’, out on Drakkar Entertainment.

FLAT EARTH (feat. ex-members of HIM and Amorphis) signs with Drakkar Entertainment (for Europe excl. Finland).

You can watch the official video for ‘Blame’ here:

Flat Earth unites Mikko “Linde” Lindström and Mika “Gas Lipstick” Karppinen (both ex-HIM), Niclas Etelävuori (ex-Amorphis) and Anttoni “Anthony” Pikkarainen (Polanski) to bring a creative vision to life that points to the heyday of alternative rock, but also draws from a variety of other genres without losing the thread in-between.

Although some of the musicians can look back on impressive careers, Flat Earth can be seen as a new beginning and isn’t intended to be carried by just the previous achievements of single members. Flat Earth do not want to be another self-titled “supergroup”, let alone sail in the slipstream of the past – instead they want to step into the light.

Already the first single ‘Blame’ shows what people can expect music-wise and is a first taste for the debut album of the Finns, which will be released later in 2018, Europe-wide (excluding Finland) via Drakkar Entertainment.

“We are stoked to sign with Drakkar! We have been working on this album for quite some time now and are super excited that we finally can release the first Flat Earth album in Europe through Drakkar. Can’t wait to get it out and get on the road and play again.” – Niclas Etelävuori (Flat Earth)

“We are very happy to have Flat Earth join the Drakkar roster because this band has a lot of potential and comes with considerable knowledge and skill. Both on a musical as well as on a personal level, it’s easy to see that these are musicians who have mostly been working professionally for more than 20 years in the industry. Finland has always been a good place for Drakkar in this regard and of course the goal is to establish the band as quickly as possible across Europe as well.” – Jonathan Geschwill (Drakkar Labelmanagement)