BAND OF THE DAY: CROSSLIGHT 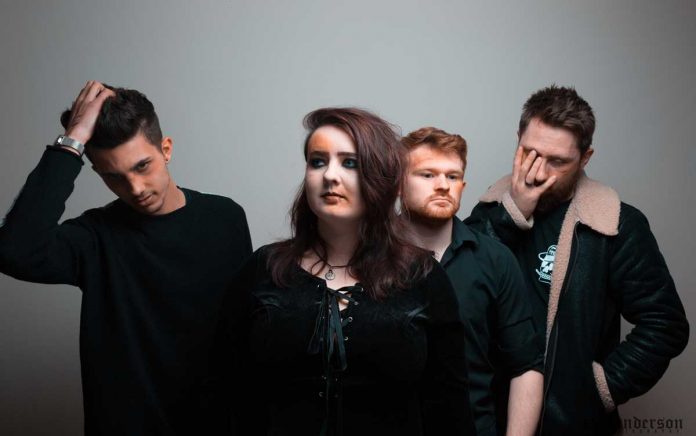 Notts rockers Crosslight have just unveiled their latest video for the new single ‘Run Into Flowers‘. While the subject matter is serious and hard-hitting, focussing on the inner turmoil and demons that can haunt a person, the band have created 3 minutes of pure adrenaline in a track that features driving riffs and the crisp, punchy vocals of Charlotte Eastwood.

‘Run Into Flowers‘ is the first of two singles on this topic, with the second track ‘I’m Not Done‘ being released in March. Both tracks are taken from the band’s 2018 Album release called Road To Recovery. The album is available on all good outlets right now, such as iTunes, Spotify, Amazon and Google Play.

The video, filmed by Dark North Media, is available right now, check it out below:

Explaining the motivation behind ‘Run Into Flowers’, Crosslight comments:

“Run Into Flowers was written in a very dark place, it encapsulates all the negative thoughts that anyone may have the struggle that ensues. The demons and negativity that go round and round your head with no end in sight.”

Since forming in 2016, Crosslight have carved a niche in the Nottingham and UK music scene with their rather unusual 6 piece layout containing no less than 3 guitarists, combine that with a live performance which has been moulded into a unique experience and there are only good things in store for the future.

The band’s short but eventful existence so far has seen them share stages with great UK talent such as Fearless Vampire Killers, DEAD! and Black Peaks. 2019 will see Crosslight pushing further and playing more shows than ever.