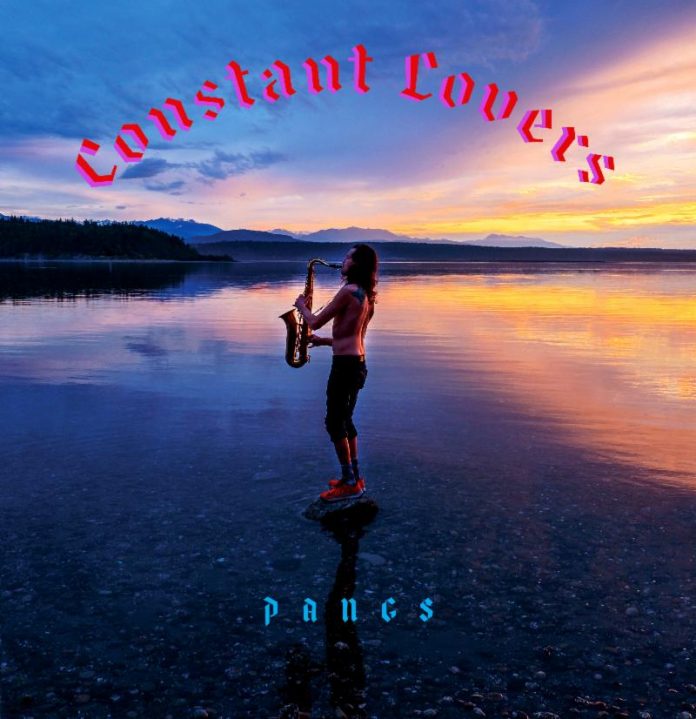 It’s like we’ve all forgotten what a great rock ‘n’ roll band should sound like. Everything’s been subdivided into narrower and narrower genres. The idea of a loud, fun, sometimes heavy, other times chaotic, brash and unfettered rock band seems completely alien today. Constant Lovers is one of those – like how the MC5 sounded completely different on every album, yet always unparalleled in rhythmic, propulsive force.
Considering that Constant Lovers is a coterie of Seattle musicians from a mixed musical background, their collision of styles makes perfect sense. Drummer Ben Verellen plays guitar and sings in celebrated crunchers Helms Alee (Sargent House), guitarist Eric Fisher played with Sub Pop songwriter Damien Jurado, guitarist/vocalist Joel Cuplin played in Murder City Devilsoffshoot Triumph of Lethargy Skinned Alive To Death and bassist/vocalist Gavin Tull-Esterbrook in murder balladeers Suffering and The Hideous Thieves. The entire band’s members have generally vacillated across the board of musical convention over the years.
Hearkening to the late-60s/early-70s boundary pushing of proto-punk, Constant Lovers have added saxophone and the use of improvisation in both recording and their live shows. Some tunes are as taut and wiry as Television, others are heavy as modern doom metal, most of them are just loud and fun and less than serious — aside from delivering the goods to the good people. Of course, more modern comparisons are equally fitting, like early aughts chameleons and fellow Seattleites The Blood Brothers, rock iconoclasts Cloud Nothings, and a more playful amalgam of the band members’ other outfits.
At once a celebration of the heavier sounds featured in their last album, Experience Feelings, Pangs also signals a turn towards a more exploratory nature. Pangs opens with a slow fade in to the propulsive skree of “The Wound Up Get Down” reminiscent of The Birthday Party. “You Are Dinner” repeats an urgent, chirping guitar line before erupting in a heavy, slinking riff. “Meow Meow Meow” takes a rock’n’roll swagger, chopped into jagged slashes of guitar over syncopated drums. Elsewhere, “Bone Shard Fashion” and “Lullabye” serve up low end fury and frantic vocals. Throughout, while it’s an aggressive and wild ride, Pangs never abandons melody for the sake of crunch.
Pangs will be available on LP and download on October 26th, 2018. Preorders are available HERE
On the Web:
constantlovers.com
facebook.com/constantloversband
constantlovers.bandcamp.com