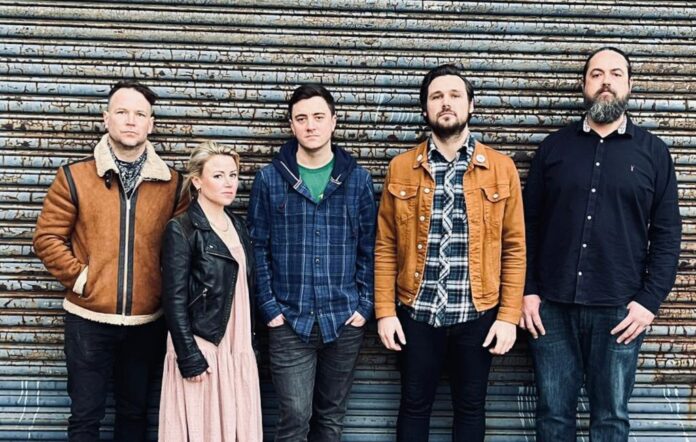 Blending elements of UK country, folk, blues and Americana ‘Picking Up Pieces’ packs a punch with its  sturdy gutsy melody, and mixing the bleak and the optimistic. It’s a song about fatherhood, and in particular lead singer Joe’s daughter, “how much I treasure her, how shit life can be, and the fact that I’ll always be there for her”.

‘Picking Up Pieces’ is the second track to be released from the band’s self-titled debut album, out this September. An uplifting, thoughtful and rousing collection which makes good use of fiddle, banjo and twanging guitar solos, resulting in a distinctively English brand of Americana – in which they tackle anything from London knife crime to the depression of living in a dreary English seaside town in winter. Lead singer and writer Joe describes the band as “socially conscious, aware of the world around us, and not afraid to go down a Country-Folk avenue…or to rock out”.

Since forming in Bath, Somerset Concrete Prairie have been busy building a fan base playing live across the South-West, with constant touring in towns like Bath, Bristol, Swindon and Salisbury. As they honed their live show, inevitably they got noticed – and invited to record their debut album at Peter Gabriel’s Real World studios, just down the road from Bath. They also attracted the interest of the distinguished producer and musician, John Reynolds who has worked with everyone from Peter Gabriel to U2, and from Sinead O’Connor to Damien Dempsey. Reynolds has produced exactly the album they wanted. It promises to launch Concrete Prairie as a major band on the Anglo Americana scene.

Concrete Prairie are Joe Faulkner, lead singer, guitarist and harmonica player, second songwriter Adam Greeves on vocals , guitar, mandolin and harmonica, and Dan Burrows, who adds harmonies, and plays bass and banjo. Then there’s Georgia Browne on fiddle and Tom Hartley on drums. And why are they called Concrete Prairie? “It’s English but with the influence of Americana. The brutalism of a city combined with the image of a prairie…”

‘Picking Up Pieces’ is out June 17th.  LISTEN HERE

‘Concrete Prairie’ the debut album is out September 2nd 2022.