BAND OF THE DAY: ALARMIST 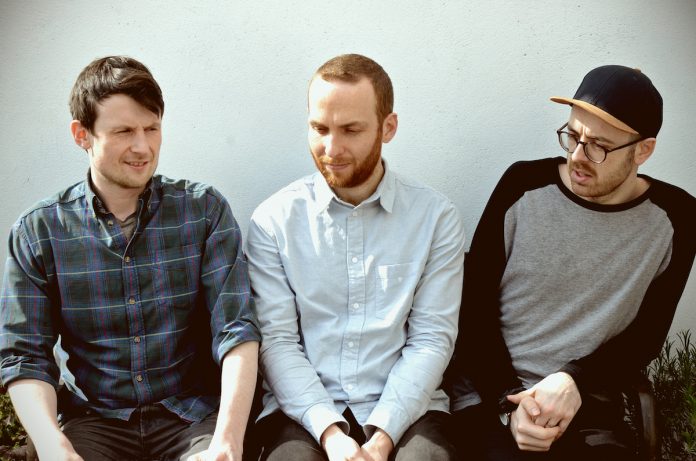 Dublin’s instrumental maximalists Alarmist return with their second LP, Sequesterer, out 19th July 2019. Like 2015’s acclaimed Popular Demainalbum before it, the new record pulsates with frenetic energy, while also making detours into the more spacious and slower-paced avenues of the band’s collective imagination.

Alongside the album announcement, the band are streaming lead single ‘Bronntanasaurus’ in full today. Named for both the track’s lavish bounty (in a play on the Irish word for gift: bronntanas) and time-travelling influences, from crumbly, ’70s analogue textures through warbly Rhodes piano, to shiny digital synth pads.

“We thought we were original, but were shocked to find that an Irish metal band not only beat us to this track title, but had recorded it in the same studio”, the band reveal, as if to illustrate the cosiness of the scene from which they emerged.

The trio, consisting of Neil Crowley, Elis Czerniak and Barry O’Halpin, draw upon backgrounds in post-rock, electronic, jazz and contemporary chamber music—foundations on which they build with an ever-increasing sense of freedom and adventure. Embracing a collision of frantic percussion, clanging guitars and washes of synths, they absorb faded relics of retro-futurism and bygone musical eras into their own new and twistingly melodic musical language.

“At the start we all shared a vision of getting beyond the standard rock setup to something really expansive and colourful incorporating winds, synths, percussion and electronics, with a strong rhythmic core”, say the band, who originally lined up as a four-piece with two drummers. “Over the last decade we’ve developed a lot on our own individual musical paths, but Alarmist has consistently been a base for us creatively and a unique outlet for ideas we couldn’t try out any other way. We’re probably now at a point where we’ve achieved a lot of our earlier goals so we can take more risks and experiment”.

They have brought their blistering live sets to an opera hall at 12 Points Festival in Sweden, a Sum 41-esque halfpipe stage in a Toronto bike shop, and many places in between, including ArcTanGent, Brilliant Corners (UK) and Out of The Crowd (Lux) festivals. Airplay has come from the influential likes of Simon Raymonde (Amazing Radio/Bella Union), Jon Schaefer (New Sounds, WNYC), BBC, RTÉ and Swedish National Radio, and press props from The Guardian, All About Jazz, Hot Press, Nialler9, The Sunday Times Ireland and the Irish Times.

Enjoying the best of both worlds, they still remain embedded in the local scene, collaborating on wild jazz supergroup projects, as well as working with Dublin visuals gurus Slipdraft and Algorithm on music videos and ambitious live AV builds. “And of course, it’s always a great experience getting back into the studio and making the records themselves”, they add. “This is our third record with producers the Deaf Brothers in the Meadow Co. Wicklow, and at this point we have a great, dangerously informal working relationship”.