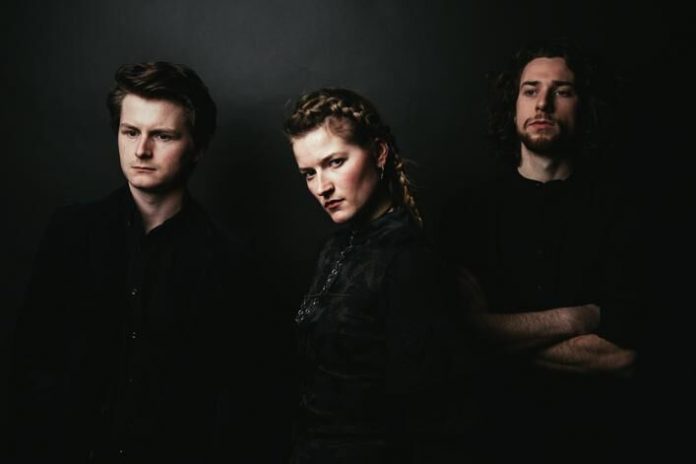 AK Patterson today release the video for ‘It’s Not Over Till They Cry’, lifted from the band’s forthcoming debut EP ‘Shadows’, which is produced by Charlie Andrew (Alt J, Marika Hackman) and due out on 15 August, 2018 through East City Rockers in partnership with Andrew’s own Square Leg Records. Following a support slot for Alt J earlier this year and appearances at The Great Escape and Dot To Dot, AK Patterson have further summer festival dates lined up including Latitude and the Cambridge Folk Festival (full run of shows below). The band are sharing a new track every month in the run up to the EP’s release, with ‘It’s Not Over Till They Cry’ following previous releases ‘Shadows’ and ‘Lady Greyling’ – watch here.

Speaking about the surreal video for the slow-spooling waltz, singer Alex Patterson says; “‘It’s Not Over Till They Cry’ is about being a performer, the pressures of having to deliver something emotional and moving every time, but also the desire to do so. It’s also about why people or an audience are drawn to dark melancholic things. There are a lot of references to the theatre – I love the dark underbelly the theatre has, the drama behind the curtain, the desperation in performers eyes which is often covered up by glitz and glamour.”

AK Patterson has been dubbed a ‘woman possessed’, disappearing to a place of fierce enchantment each time she sings. The foundations of Patterson’s voice – which switches from a whisper to flashes of emotion – were laid growing up in a music-obsessed household in suburban Cambridge. The likes of Jeff Buckley and Bjork were played heavily, alongside a more unpredictable love for Portugal’s traditional Fado singers. A curiosity for the unknown was deepened by travels including a period spent by Patterson living with monks in Japan.

An accomplished guitar and fiddle player, she and her bandmates, Alfie Weedon and Nat Reading, build a rich musical world. Classically trained, Weedon provides backing vocals and versatile double bass playing, having previously spent time in Senegal living with the country’s traditional Griot musical storytellers and poets. Reading’s restless multi-instrumentalism meanwhile, has led him to play everything from Balearic pop to classical guitar with the National Youth Guitar Ensemble.