BAND OF THE DAY: THE WOOD BURNING SAVAGES 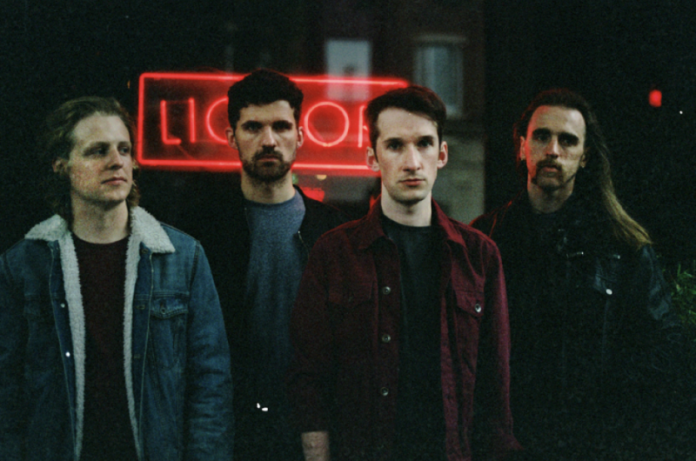 Proudly wearing the rebel spirit of their hometown on their sleeves, with pulsating riffs and a sharp political edge, they are often compared to Manic Street Preachers, The Clash and Queens of the Stone Age.

Today they release their new single ‘Purple Heart’, a song that tackles the difficult subject of PTSD. The track is taken from their forthcoming album ‘Stability’, produced by Rocky O’Reilly (Touts, Cassels, exMagician) in Start Together Studios, Belfast, and mastered by Robin Schmidt (Wolf Alice, The 1975, Jake Bugg). Described by frontman and singer Paul Connolly, the album is “a collection of songs about a working class furious at years of empty promises”.

The band has been lauded for their frenetic live shows, each night serving up a full-blooded cocktail of breakneck guitars and frenzied anthems. With each track The Wood Burning Savages share gritty real life tales of disillusion and indignation, giving a voice to a generation more marginalised and divided than ever before.

Over the past few months The Wood Burning Savages have played a string of shows supporting fast rising rock acts The Amazons, VANT and Fangclub, alongside a hometown show with cult Irish guitar heroes And So I Watch You From Afar.

Having played the BBC Introducing tent at Glastonbury, the band went on to play riotous sets at festivals throughout Ireland and beyond, performing in Scotland, Poland and Germany. They were selected by Dublin’s Whelan’s to play their yearly One’s To Watch 2018 festival last weekend, and have also been hand-picked by Death From Above to support them in Dublin on March 14th. A London show at Paper Dress Vintage takes place on January 30th.

Their music has even been embraced by the world of wrestling with Philadelphia grappler ‘The Product’ David Starr selecting ‘We Love You’ as his entrance theme!