BAND OF THE DAY: NOTURNALL 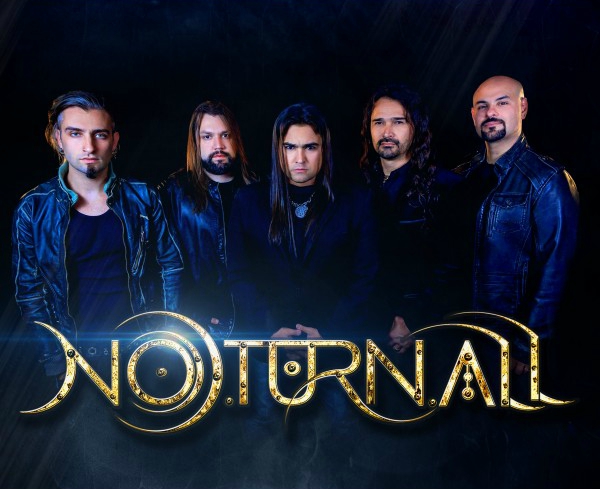 Brazil is the largest Latin-American country in both population and area.

Brazil spreads out over almost half the continent of South America and has more people than all the other South American countries combined. Brazil is the world’s fifth largest country, only Canada, Russia, China and the United States are larger.

With such a great abundance of people; it is no surprise Brazil produces thoughtful, inspiring and innovative metal, such as the mighty NOTURNALL!

This highly experienced group of dedicated musicians are about to release their new album entitled ‘9’ in North America on January 19th, 2018 via Rockshots Records to follow its European release on October 27, 2017. As befits a band who have walked in the footsteps of metal legends Iron Maiden, playing Rock in Rio, NOTRUNALL are much loved in their home country, and soon worldwide!

The follow-up to ‘Noturnall’ and ‘Back To Fuck You Up’; ‘9’ features a guest appearance from no less a metal luminary than Adrenaline Mob’s Mike Orlando!

NOTURNALL’s unique singer Thiago Bianchi explains that the band grew from a previous band called Shaman (orginally founded by ex-Angra vocalist Andrè Matos), and that it stands for ‘No Turn At All’ as it was destiny that drove them to become NOTURNALL. Lyrically and musically they mine the deep wellspring of the mysterious universe we live in.

Thiago wants all listeners to ‘embrace the new, open your hearts to the new…We’re just making good music and we hope it will find its way to those with good hearts to appreciate it!”

Live, NOTURNALL are a memorable experience, with their ‘Freakshow’ concept, which features all manner of zombies interacting with the audiences. ‘Walking Dead’ fans take note!

Thiago is stoked for fans to hear their new album, backed by a video clip for each track. “Each record has its own personality, its own vibe…we’re exploring and each time it’s getting deeper and deeper!”