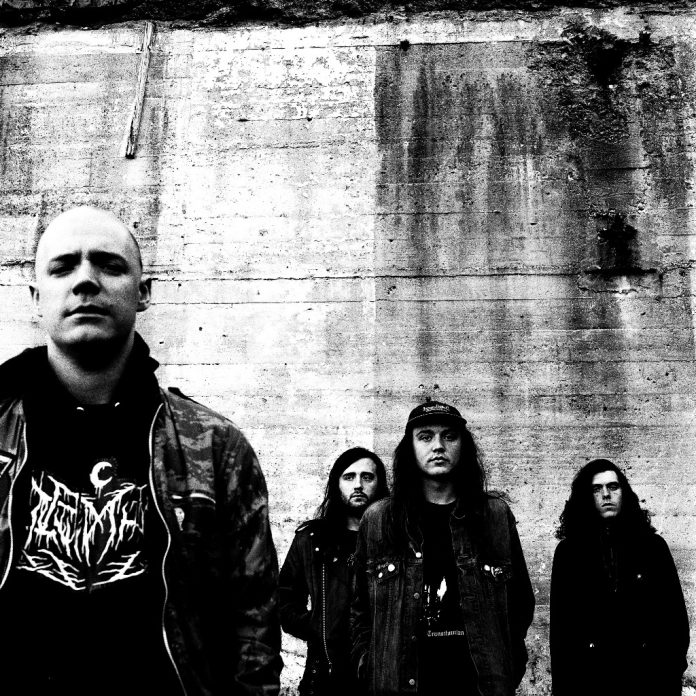 In certain circles, FULL OF HELL needs no introduction. This young band has made a name for themselves in a short amount of time, racking up a prolific touring and release history while exploring a gamut of sounds within the spectrum of extreme and avante garde music.

Formed in 2009, the embryonic beginnings of FULL OF HELL display their palette at its most primitive, d-beat and blast ridden hardcore punk with spats of noise and caustic rhythm, and within a few short years, they have bloomed into a true force to be reckoned with within the punk and metal communities.

2014 saw the release of their now acclaimed double album collaboration with Japanese noise legend MERZBOW, which showed the band truly beginning to come into their own, combining elements of grindcore, death and black metal, punk and hardcore with a smattering of sonically laden power electronics and industrial pounding. 2016 saw the release of their collaboration with the thundering and depressive duo, THE BODY, entitled One Day You Will Ache Like I Ache. This acclaimed release was followed by a collaborative live tour, where the band bent expectations again in a whirlwind of electronic percussion and drone. 2017 was another prolific year for the band as they released their third proper full-length Trumpeting Ecstasy along with another collaboration with THE BODY entitled Ascending a Mountain of Heavy Light. Excessive touring ensued and now the band has signed with legendary label Relapse Records for their next full-length. Numb your mind.

FULL OF HELL is: