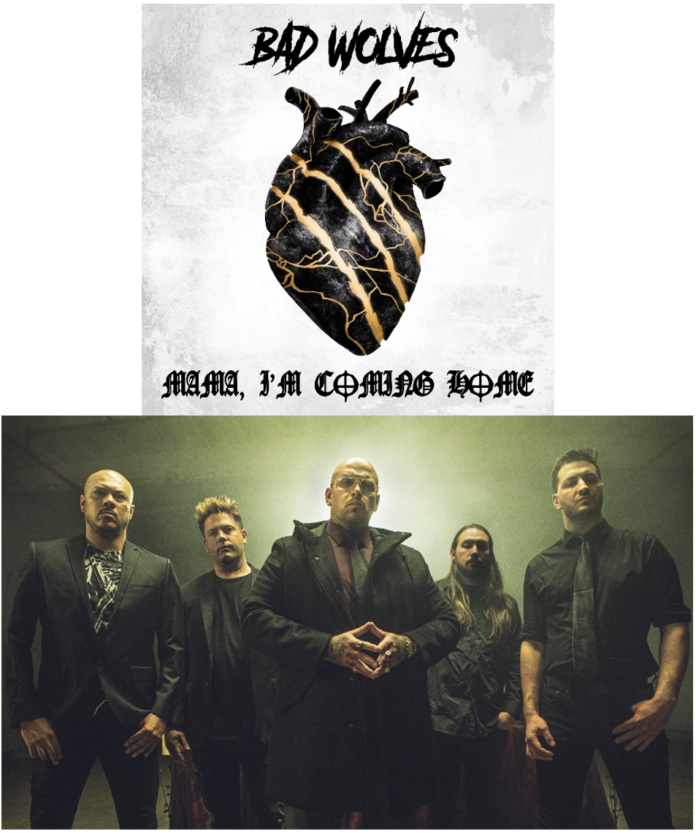 Bad Wolves surprised fans with a cover of “Mama I’m Coming Home” today premiering a new official music video for the cover via Better Noise Music. The track will be arriving on digital streaming platforms later this month. This fall, the band will be lighting up stages across the UK and Europe, accompanied by Volbeat and Skindred. A full list of dates is below, visit https://badwolvesnation.com/pages/tour for more information.

Sharing the band’s excitement for the Ozzy Osbourne cover, Boecklin said,  “Doc presented the idea to cover Ozzy’s “Mama, I’m Coming Home.” We were all so excited, we immediately started recording it on the road this past summer. Kane Churko’s Vegas studio was on the route so we tracked vocals there. ‘Mama’ is a beautiful anthem about emotional repair, a message we all connect with. Our version has some new flavors but still stays true to the classic.”