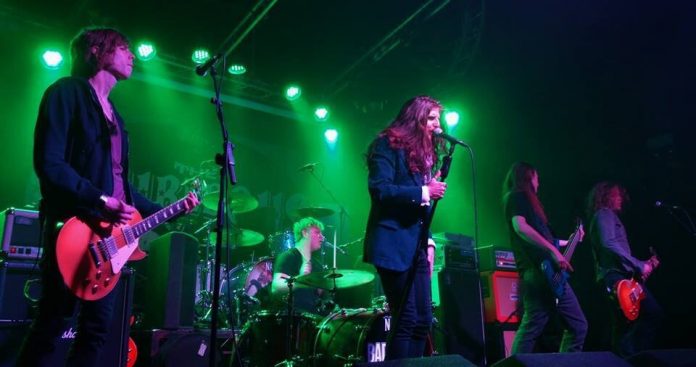 Bad Touch, the dapper hard rockers from Dereham, will finally get around to releasing their debut album next year.

The quintet, who have been fixtures on the live scene for the last few years, winning plaudits and awards in equal measure, but they are yet to release a full-length record.

All that could be about to change as singer Stevie told MVM when we caught up with the band in Wolverhampton during their recent stint supporting Electric Boys.

Asked why it had taken so long to get the album out, Stevie laughed: “Well, primarily because we couldn’t organise a proverbial in a brewery….” Before adding: “We are going into hibernation in January and we hope to get something out around May time.”

The band plan to lay down the tracks in Sweden at the home studio of Martin Ekelund, bassist in Bonafide, who Bad Touch supported in the Spring. Indeed the Swedish good time boogie merchants and Bad Touch have a history together, as Stevie explained: “They are good guys,” he said. “We have toured with them before, with the Quireboys and on their own tour, so he’s promised to look after us!”

Bad Touch are back out on the road already, but will be playing a major tour with AOR legends Tyketto which kicks off in November.

There will be a full feature with the band to coincide, where, amongst other things, they will explain what it was like to play a festival slot in Grimsby in someone’s garden….