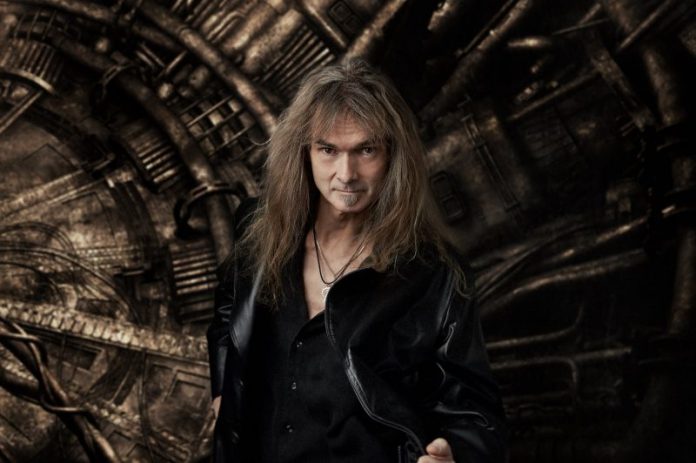 Music Theories Recordings/Mascot Label Group will be releasing ‘Ayreon Universe – The Best of Ayreon Live’ on 30 March and are proud to present the second full live video for “And The Druids Turned To Stone”.

Arjen Lucassen is thrilled to reveal the spectacular live performance of ‘And The Druids Turned To Stone’ which features a breathtaking performance from Damian Wilson (Headspace). Speaking about the track, Arjen Lucassen explains: “This is my own personal favorite: And The Druids Turned To Stone. Mainly because of Damian’s amazing performance, he totally owns the stage here. Despite this being a relatively quiet atmospheric track, for me this was one of the highlights of the show. Hope you agree, enjoy!”

Talking about the song he says. “Here is the second full video track of the upcoming Ayreon Universe DVD/Bluray. The first track we showed you was the bombastic ‘Everybody Dies’, so as a contrast here is a very intimate ballad called Valley of the Queens. Man… even though I’ve seen this a million times by now, I still get goosebumps hearing these lovely three ladies sing… enjoy!”

‘Ayreon Universe – The Best of Ayreon Live’ will be available on 3LP + MP3, 3LP + MP3, 2CD, 5 disc Earbook, plus 2DVD and Blu-ray with 90 minutes of exclusive behind the scenes footage and interviews with the whole cast.