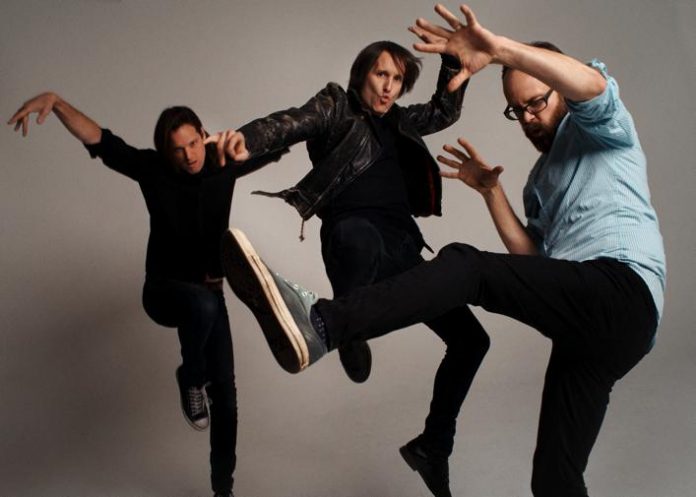 Ash have released a new video for ‘Confessions In The Pool’, the latest single to be lifted from their UK Top 20 album release Islands – out now via Infectious and also featuring 6Music play-listed singles ‘Buzzkill’ and ‘Annabel’. The video arrives alongside details of three just-announced Irish shows for December, landing on the end of an European tour which will follow UK headline dates from Ash through October, including London’s O2 Forum on October 24th. Watch ‘Confessions In The Pool’ here.

Speaking about the new video – which parodies ideas of religious devotion, with a nod towards Monty Python – Ash say; “The video is a surreal play on the song title. It takes the Confessions idea and runs with it so far it becomes surreal meditation on belief and salvation in the modern age. Blessed are the cheese makers!”

Islands – Ash’s first album since 2015’s Kablammo! – marks their debut for new label Infectious Music – previously home to the band’s number one albums, 1996’s 1977 and Free All Angels in 2001. Produced by Tim Wheeler and featuring guest vocals from The Undertones’ Damien O’Neill and Mickey Bradley (who also performed with Ash during their BBC Biggest Weekend appearance earlier this year), Islands is the band’s seventh studio album with additional production from Mark Hamilton, Rick McMurray and Claudius Mittendorfer – who also mixed the album at the band’s studio in New York.

Following 2015’s Kablammo after the band’s self-imposed album hiatus since 2007’s Twilight Of The Innocents – Islands is an open-hearted collection of songs drawn from frontman Tim Wheeler’s reflective lyrical axis dealing with friendship and betrayal, love and loss, an album which reaffirms the band’s status as one of the most idiosyncratic and singularly thrilling guitar bands on these islands.