ARTIST OF THE DAY: KELLY CARMICHAEL 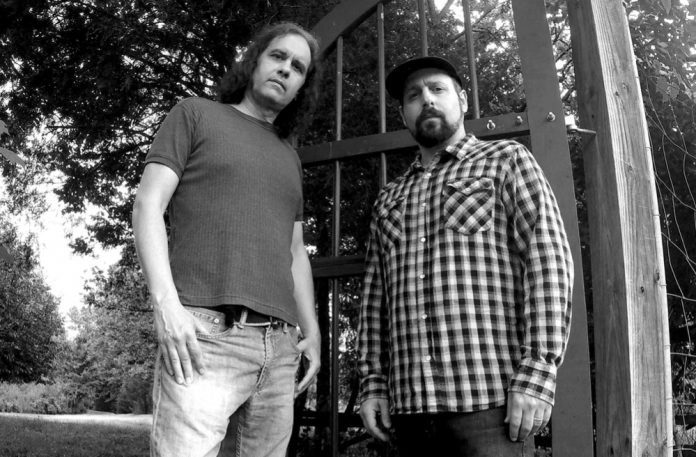 Originally hailing from Frederick, Maryland, Carmichael – who now writes, records and resides in Shepherdstown, West Virginia – first formed the cult quartet back in 1987 with friends Eric Little, Adam Heinzmann and J.D. Williams. Releasing their debut album Standing on the Sun in 1992, Internal Void’s second offering, Unearthed, was subsequently released on Greg Anderson’s much-celebrated Southern Lord Recordings (2000). While serving as Internal Void’s lone guitarist, in 2004 Carmichael also recorded with the legendary Pentagram for their sixth studio album, Show ‘Em How, before closing out a thrilling trilogy of Internal Void albums with Matricide later that same year, released on his own label, Dogstreet Records.

Fast forward to 2019 and Carmichael returns, not only sporting a stunning new album but a playing style to galvanise the riffs locked within:

“I hope the listener can appreciate the more colourful aspects throughout this record, but mostly I hope they’ll find it pleasingly heavy,” notes Carmichael. “The inception of Heavy Heart began with the ‘dream-inspired’ song ‘Shadows Will’. After this dream while still in bed I had the intro and the first verse written. While not at all fitting with the current batch of songs I was working on, I decided to write an entire album around it.”

Influenced as much by the delicate intricacies of King Crimson as it is the iron first of Black Sabbath, Heavy Heart and new single ‘Shadows Will’, matches the spirit of 70s hard-rock with the doom and fury of proto-metal, to transcend those traditional dimensions which have come to shape our contemporary view of voluminous music. Imbedded with deep-rooted blues and interwoven with the classical accompaniments of piano and violin, it successfully brings together every aspect of Carmichael’s playing and proficiencies as a songwriter. Taking in the heady days of Internal Void, his experiences of playing alongside venerated masters, and even a period in his career where Carmichael recorded two albums of pre-war era Delta/Chicago blues (Robert Johnson, Mississippi John Hurt, Son House, Blind Blake) on Old Stock (2005) and Queen Fareena (2008), with Jean-Paul Gaster of Clutch on drums.

Pre-order the album now at https://dogstreetrecords.com/shop/