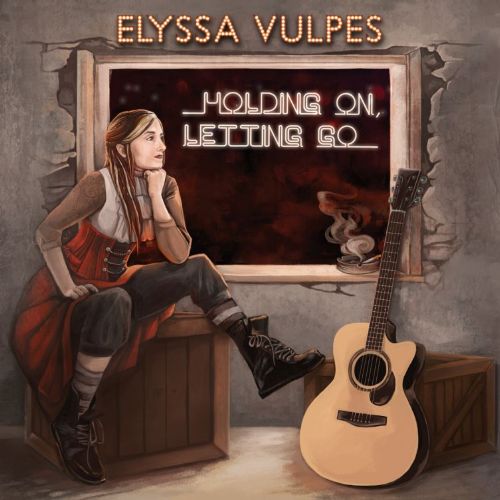 If you only listen to one steam punk-influenced professional hypnotherapist and singer-songwriter in 2019, make it Elyssa Vulpes! Having cured her own anxieties (including stage fright) through a combination of her day job as a hypnotherapist and through writing and performing music, she hopes to inspire others to release their “scorpion energy” – confronting their fears by essentially shedding this negative skin from themselves. Holding On, Letting Go is meditative yet motivational, with not only a classic singer-songwriter style but elements of neo-folk, indie-pop and Americana. Over the course of its 15 tracks the album takes you on a journey of discovery as well as showcasing a variety of musical hues from the sweet melodies of Summer Romance to the rocked up Do you Wanna Play to the positively punky Grow Up.

Mastered by Grammy-nominated Emily Lazar (Foo Fighters/Sia) in her New York studios, Holding On, Letting Go is the first of a triad of albums from Elyssa exploring both different aspects of the human condition and the many musical styles she has added to her armoury over the years. Born in Italy, Elyssa is now based in Edinburgh but only after a spell of twelve years in New Zealand. Soaking up the cultural elements of all these disparate places, from the Celtic folk traditions of Ireland and Scotland, her album cover painted by a half-Maori artist to the celebrated Italian singer-songwriters of the 1970’s, the record was recorded in Edinburgh, Tuscany, and Rome over a three-year period.