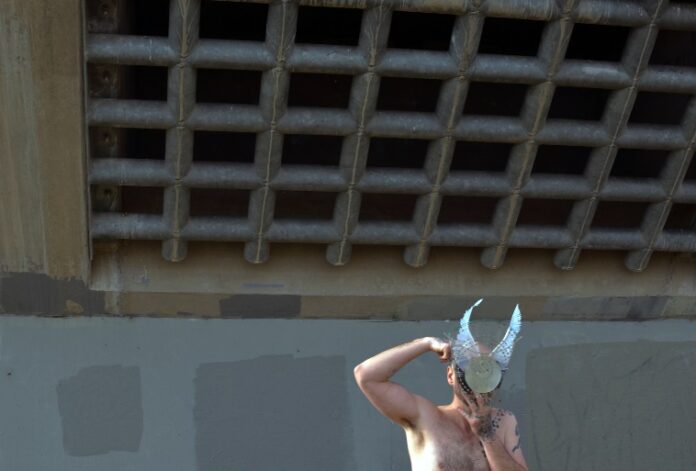 “I’m split,” says Fry of the song. “By day I’m a surgical instrument sharpener; by night I do art. Purple Glue is me picturing what that looks like if we could extract it and bottle it. I imagine a thick, sticky, purple ooze. Disgusting, magnetic.”

If side A is glue, then B-side ‘No Hope’ is cement. This downtempo banger- Fry’s first outing as a beatmaker – features muscular verses from esoteric rapper and master circuit bender Otem Rellik, as well as harmonies on the hook from esteemed Denver vocalist Nat Tate.

Fry’s internal conflict is reflected in the angular, brooding tone of these tracks. His booming delivery – reminiscent of Nick Cave – is delicately accompanied by off-kilter synth lines and intricate drum patterns. He explores the duality of his life with as much irreverence as sorrow, inviting us all to reflect on and revel in our own inconsistencies.

As an early insight into the forthcoming album’s title ‘Retrellion’, Fry explains, “I ran across a sociological theory that people respond to breakdowns in societal norms (“anomie”) in 5 ways: conformism, innovation, ritualism, retreat, and rebellion. I wanted to see if I could find or invent a word that feels like both retreat and rebellion. Hence RETRELLION.”

We can’t wait, but in the meantime ‘Purple Glue’ / ‘No Hope’ is available to pre order now on lathe-cut vinyl from https://www.oldfaithfulrecords.com, and is available on all streaming services from 10th June.