ARTIST OF THE DAY: CHRIS CANTERBURY 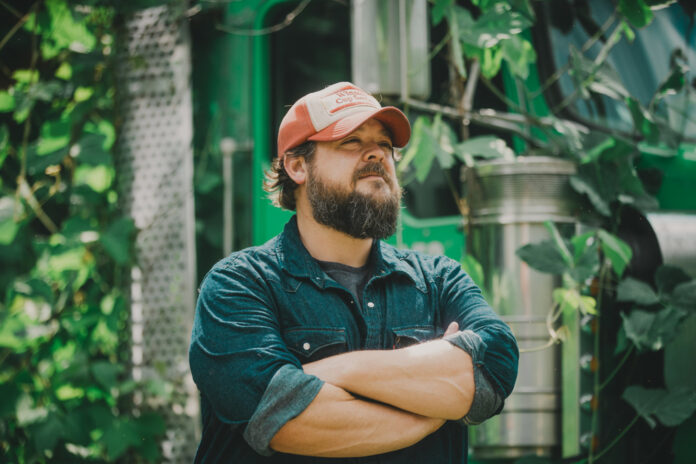 “‘Sweet Maria’ is the only ‘love song’ on the album,” Canterbury says. “I felt like the record needed a break from the rain. It’s a song about driving. But it’s more about finding.”

The lush ballad was co-written with Vinnie Paolizzi, features gorgeous duet harmonies with Meg McRee, and is exemplary of Canterbury’s craft with lyrics and sentiment: “Blacktop rhythm, billboard signs / See Rock City every fifteen miles / Hand in hand through highs and lows / Keepin time with the radio.” The song pairs nicely with previously released singles from the album: the electrified groove of “Heartache For Hire” (LISTEN) and the stripped-down soul of the lead single, “The Devil, The Dealer & Me” (LISTEN). Quaalude Lullabies – released via Rancho Deluxe Records, distributed by BFD/The Orchard – is a collection of nine beautifully told narratives blending Canterbury’s distinct and raw country-soul sound, a deft attention to lyrical detail, and Chris’s big ol’ voice.

Born and raised in the piney woods outside of Haynesville, Louisiana, Chris Canterbury comes from the grimy remnants of a small oil patch town, a way of life that is slowly fading but still lingers in the songs he sings. Born to a working-class blue-collar family, Canterbury struggled to find the middle ground between his grandfather’s Southern Baptist sermons and the honky-tonk mystics that he discovered on old vinyl records in high school. Armed with an old thrift shop guitar, he began playing and writing stories about life from a unique but oddly familiar point of view. Songs about liquor stores, truck stops, low-rent motels, and the grifters and transients that frequent them. It doesn’t matter if it’s a pool hall or a theater, a festival or a front porch, Chris’s live sound is the whiskey-laden prospectus that anyone with a struggle can relate to.
Chris Canterbury 2022 Tour Dates