Artist Of The Day: Dustin Behm 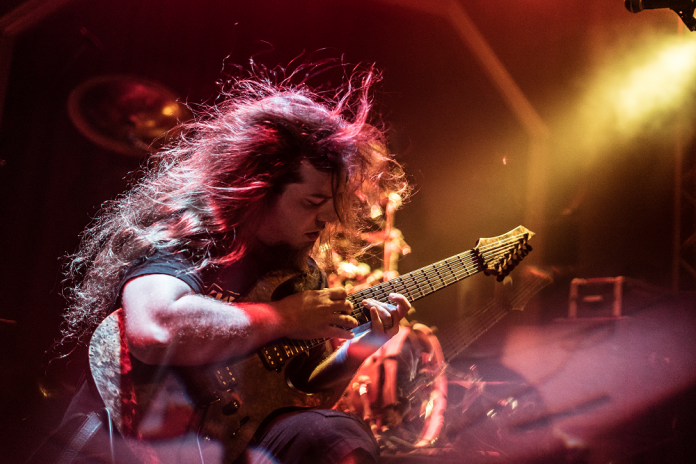 In 2005, Behm attended the Guitar Institute of Technology at Musician’s Institute in Los Angeles where he studied with world renowned guitarists such as Paul Gilbert, Scott Henderson, Greg Harrison and tapping master TJ Helmerich. There he discovered the music of his diverse main influences: Allan Holdsworth, Shawn Lane, and Meshuggah.

After his time at Musician’s Institute, Dustin returned to Portland and played with a variety of metal bands in the area, ranging from symphonic metal to death metal. In 2012, Dustin had his original music played on FM radio in Portland and even taught guitar lessons in Italy with his friend and fellow guitar shredder Gianluca Ferro.

Near the end of 2013, Behm helped form the instrumental progressive metal band Increate. Increate’s self-released, first album Void released to excellent reviews in February 2017. Void was produced in Sweden by legendary metal producer Jocke Skog. Dustin handled the album art and layout in addition to lead guitar.   Behm is currently writing material for a new Increate album and regularly playing live shows around the Northwestern United States. Dustin has shared the stage with artists such as Amorphis, Dark Tranquility, Archspire, Arkaik, Rhapsody of Fire, Inanimate Existence, Vale of Pnath, Oceano, I Declare War, The Kennedy Veil, and Disentomb among others.